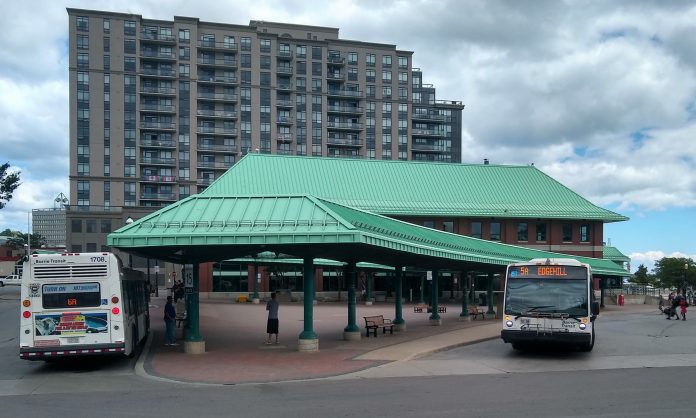 A new transit hub at the Allandale Waterfront GO station and a new connection hub near the old downtown Barrie bus terminal are included in the $30 million funding announcement from the federal and provincial governments this week.

In total, five public transit projects in the City of Barrie were announced on July 13. With the city’s $11 million contribution, the project is the largest funding upgrade in the Barrie’s history.

One of the scheduled construction projects is a new transit hub at the Allandale GO station worth almost $10 million. It includes building a new terminal, new bus platforms, stops and shelters, and adding bicycle parking.

The planned construction of a downtown connection hub facility including two new bus stops and a heated bus shelter will cost about $326,000.

“I called on the government and Minister Catherine McKenna back in February asking that this funding for the City of Barrie be approved, so that plans for a reliable and efficient public transit system can move forward,” said John Brassard, Member of Parliament, Barrie-Innisfil.

“This major expansion will better connect riders using city buses and GO trains. I’m pleased today to see that the government has acted on our request to invest in our city.”

Along with new transit stations, replacing 30 conventional buses and 21 specialized para-transit buses for people with disabilities will improve service for thousands who depend on reliable transit options – many to get to work and home each day.

“The potential to expand the system now is enormous and the timing of this investment is perfect,” Lehman said. “The number of buses is, frankly, staggering, and that is the bulk of the money being announced today.”

In addition to the replacement of the city’s fleet with 30 low-floor, 21 new specialized para-transit city buses, which will replace the existing fleet over the next seven years.

“Now, more than ever, we must invest in our communities,” she said. “The federal government is investing over $16 million in projects that will help Barrie’s public transit system become more accessible and more sustainable,” said Ng. “This will help Canadians get to work faster, run errands easier, and access the essential services they need in their community.”

“This is a really huge investment for our area and I’m really pleased that all three levels of government have the same vision,” said Downey, calling the project “transformational” for the city’s transit system.

Across the province, Ontario is investing more than $7 billion in public transit infrastructure over 10 years through the Investing in Canada Infrastructure Program.