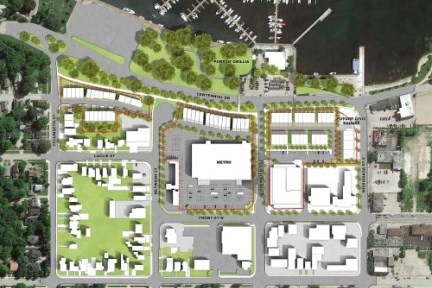 FRAM Building Group has purchased 9 acres of downtown land from the City of Orillia, a major milestone in the redevelopment and revitalization of the waterfront.

“This sale is a significant milestone in our journey to revitalize and reanimate this underutilized property and better connect our beautiful waterfront and historic downtown,” said Mayor Steve Clarke.

FRAM’s design concept is a mixed-used development with waterfront townhomes, a stepped-back eight-storey mixed-use building at the corner of Coldwater and Front Streets, a variety of commercial space, green building practices, pedestrian linkages and more. 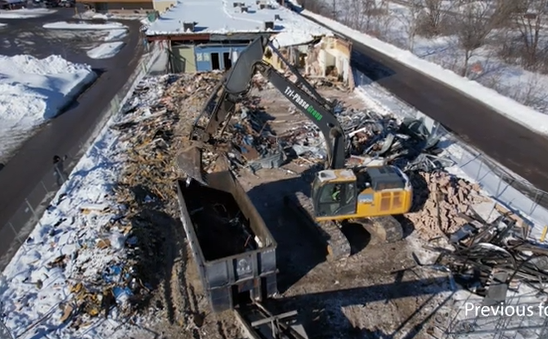 An existing supermarket will remain for the duration of their lease, until at least 2029. Beyond the sales price of $10.5 million, the redevelopment of this brownfield site in the core of the city will add new residents and job opportunities to the downtown.

“I would like to extend a warm welcome to FRAM to the City of Orillia. We look forward to working with FRAM as they move forward with their development in the heart of our amazing community,” said Gayle Jackson, chief administrative officer. 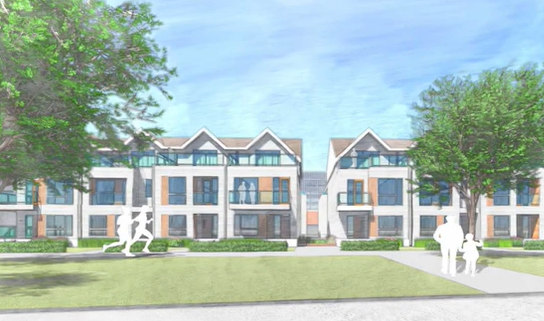 “I would also like to thank our dedicated project team for their ongoing efforts throughout this extensive process to facilitate this exciting development that will bring more vibrancy to our downtown core, alleviate the overall tax burden on residents, inspire further development in the area, and contribute to the lifestyle and wellbeing of our community.”

FRAM will begin environmental remediation of the site in 2022 and that the first phase of construction (starting with the residential block north of Neywash Street) will begin in 2024. Redevelopment of the waterfront lands will coincide with the City’s infrastructure projects to realign Centennial Drive (which will begin in 2022) and the extension of Coldwater Street (which is scheduled to begin in 2023).

“Throughout this process, our goal has been to facilitate development that matches and even further enhances Orillia’s unique character and aligns with development principles that were guided by our community. FRAM has demonstrated a genuine excitement and willingness to work with the city to bring their proposal to life and make this a premier waterfront development that meets these objectives.” 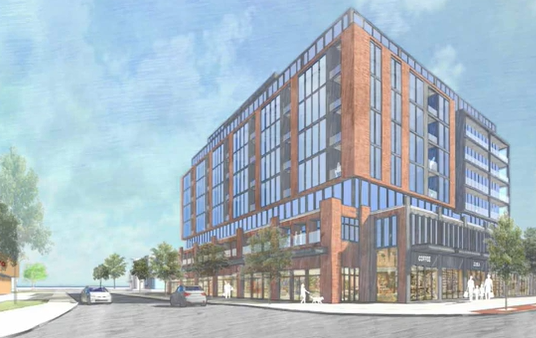 The majority of the waterfront redevelopment lands were purchased by the city in 2016 as part of a strategic redevelopment plan to better connect the downtown and waterfront areas and secure the lands needed to extend Coldwater Street to Centennial Drive.

The FRAM property has an industrial legacy and will require environmental remediation to enable new development. Expropriation of certain lease rights, pre-zoning the lands, and the demolition of the southern portion of the plaza have been completed to ready the site for redevelopment.

“FRAM Building Group is excited to have completed the transaction for the sale. This represents a major milestone for both the city and our team at FRAM. We now have been passed the torch to carry on with delivering on a major redevelopment in downtown Orillia that aligns with the vision of the city’s Downtown Tomorrow Plan,” said Fred Serrafero, FRAM’s senior vice-president and one of the firm’s principals. 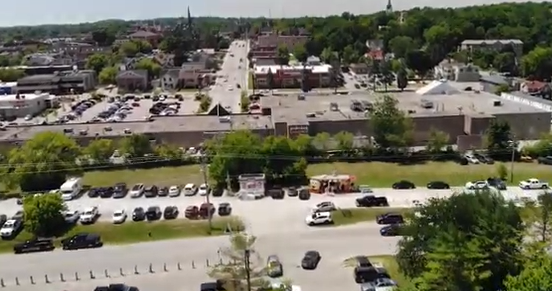 “FRAM Building Group would like to take this opportunity to recognize the assistance and cooperation of all the staff from the City of Orillia who have worked diligently to get us to this milestone.”