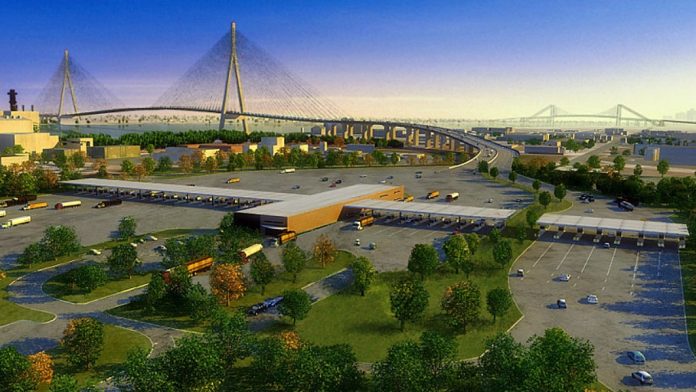 A few months after a construction delay was announced, the CEO of the Windsor-Detroit Bridge Authority (WDBA), the Crown corporation overseeing the Gordie Howe International Bridge project, has resigned.

“I would like to thank Mr. Phillips for his dedication and commitment to WDBA over the past four years, and I wish him continued success in his future endeavours,” the minister said.

“Bryce is to be credited with many accomplishments that WDBA has achieved since construction started on the Gordie Howe International Bridge in 2018,” added Tim Murphy, chair of WDBA board of directors. “We thank him for his contributions.”

No reason was provided.

The $5.6-billion Gordie Howe International Bridge between Windsor and Detroit is bring delivered through a public-private partnership. Once complete, it will be the largest cable-stayed bridge in North America.

Construction has been delayed and is now expected to be completed in 2025.