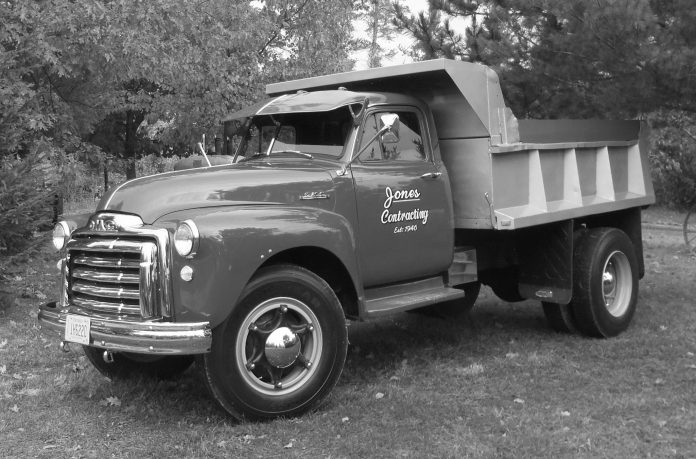 One of the museum’s most popular events of the year, Last Blast is held in conjunction with the Historical Construction Equipment Association (HCEA) of Canada from 10 a.m. to 4 p.m.

At several events throughout the year, the association displays its collection alongside equipment owned by members and machines owned by the museum. At these events, such as the Wheels and Tracks in June, nearly 100 pieces ranging in age up to more than 100 years old are on display.

The displays, as well as the association, have seen dramatic growth and interest from the public, with more than 1,800 people attending the spring show – a new record for the show. As well, the association has grown from 20 members when it started in 1996 to over 350 members today.

The number of machines on display grows every year, too.

In 2017, HCEA Canada obtained several antique machines from the estate of a long-time member, Charles Matthews from Thornhill. All were in working order, including a 1950s Insley shovel, an I-H TD9 crawler loader and a small Cletrac crawler loader. Other recent donations include a Cletrac BD dozer and a ‘50s-era Leyland tandem truck that was part of the Weller Tree Service fleet.”

The association has partnered with the Simcoe County Museum since 2002, allowing members to store their machines on the outdoor property behind the main building, just north of Barrie.

Featured among the historic buildings are smaller displays including steam-powered wood-splitting machines, various “hit and miss” single stroke engines and pumps, rock crushers and more, as well as a food vendor and large sandpit with toy construction equipment.

There are machine sheds that house toy collectibles of historic equipment and other heavy equipment paraphernalia, and the Corral – which features three historic excavators, including a 1950s Little Giant cable hoe restored by an HCEA Canada member in 2000 and a 1939 Dominion shovel, which was manufactured in Montreal.

There are also static displays of historic tractors, trucks and other equipment or the tractor-pulled people mover transports visitors to the first pit, which features, among other working equipment displays, the museum’s popular 1923 Erie steam shovel and the Sandy crusher, which was designed by an Ontario mechanic and manufactured in Goderich.

A second pit features dozers, motor graders and scrapers, such as the 1950s-era LeTourneau model D with electric motors (for scraper cable functions) and electric steering.

As part of the association’s ongoing mandate to make history real, it works with the museum to provide information that will be used to produce detailed educational signs that supports the equipment on display. Along with the make and model information, usage and ownership history (when possible) as well as the manufacturer and restoration information is included.

The association is also developing an onsite library located at the museum that will contain more than 1,500 documents, manuals and artifacts for HCEA members to explore and research.

Named in memory of Bill Mitchell, a founding member who gifted many of the documents, the accessible collection will consist of service and parts manuals along with sales literature of the major manufacturers from 1930 onward.

All HCEA Canada members have access to this library and can access artifacts as a perk of membership. Volunteers are always in need to help in this area.

In addition to the events held at the museum, HCEA Canada attends other off-site events such as Steam Era, the International Plowing Match and displays at the National Heavy Equipment Show in Toronto.

All HCEA Canada artifacts are donated. The restoration and maintenance is carried out at the SCM and at private residences of our membership. Supplies are most often donated & all labour is donated. Transportation of machinery during initial recovery and moving of machinery to events is achieved through donation of services wherever possible.

The club has a weekly “Work Party” on Tuesdays beginning at 10 a.m. until dark. Several days are spent each spring and fall to prepare for service and winterize the fleet.

“It’s a big job to preserve the largest fleet of it’s kind in Canada,” said

Last Blast is one of the largest displays of working historical construction equipment in Canada.