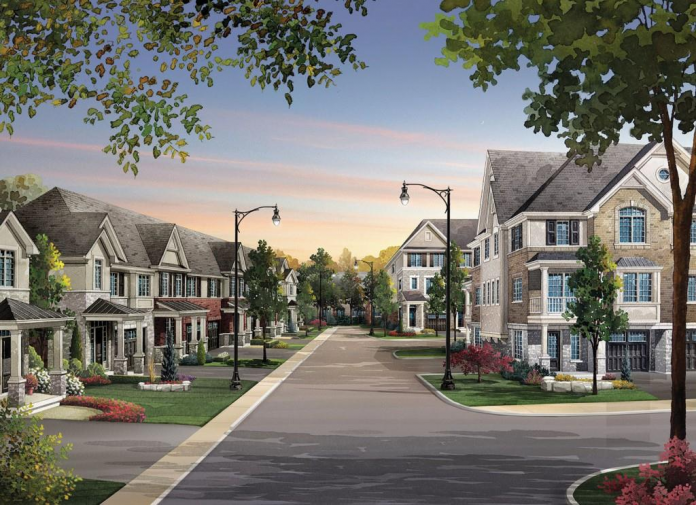 Minto properties held a launch weekend on April 25-26 for Phase 2 of Oakvillage, a new neighbourhood in Oakville featuring 176 condos and 100 stacked townhomes.

The event saw potential buyers line up for their chance to own a piece of the new development, one of Minto’s seven projects launching for sale in the GTA over the next year.

The master-planned community is set to feature links to nearby trails and outdoor rooms that help bring nature closer to residents’ doors.

Phase 1 was launched in 2015, then an additional row of townhomes was added; that also sold out. Phase 2 properties are 90 per cent sold out, according to the company’s website.

Oakville’s cachet seems to be growing, as the population rose from just over 182,000 in 2011 to almost 194,000 just five years later. Oakville is an affluent community, too. According to Statistics Canada the average total income of housholds in Oakville reached 169,000 in 2015, compared to just over 97,000 province-wide.

Minto is an Ottawa-based developer.