The SRS package for the Scarborough Subway Extension is being delivered using a progressive design-build (PDB) model.

“Aecon is playing a leading role in delivering some of the most transformative transit projects of this generation and we are pleased to bring our proven Urban Transportation Solutions expertise to this world-class project that will connect communities in Scarborough and across Toronto,” said Jean-Louis Servranckx, president and CEO, Aecon Group Inc.

“We are pleased to be working with our client and partner through the progressive design-build framework, which is designed to benefit all stakeholders and will allow for a collaborative approach to finalize scope, cost, and schedule for this complex and large-scale project.” 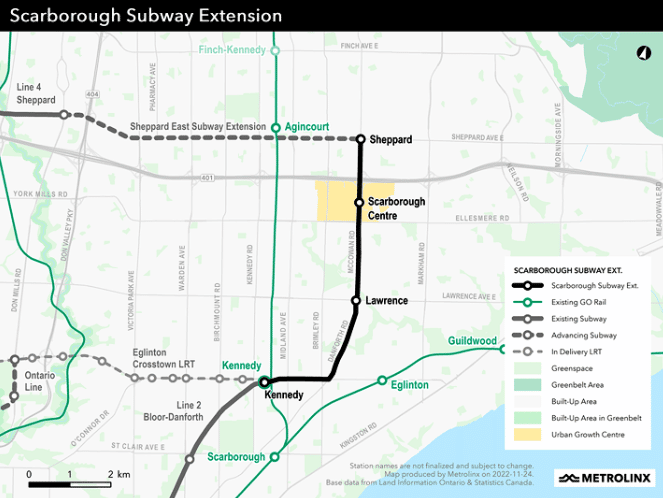 The scope of work includes:

The development phase is anticipated to be completed in 18 to 24 months and then Metrolinx and the Scarborough Transit Connect team will have the option to sign a final agreement for construction, which would include agreements on detailed designs and a negotiated price.

Metrolinx will complete the 7.8-km. Scarborough Subway Extension in two large contracts: the SRS contract and the Advance Tunnel contract, which is currently under construction. The subway will remain publicly owned by the Province of Ontario and will be operated by the TTC as part of Line 2.

The extension is one of five priority transit projects in the Greater Toronto and Hamilton Area. The other projects include the Yonge North Subway Extension, the Eglinton Crosstown West Extension, the Ontario Line and the Hamilton LRT.