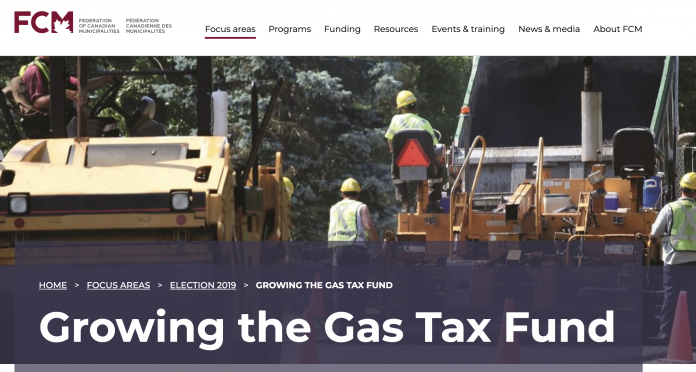 Those requests were announced by the Federation of Canadian Municipalities (FCM) at simultaneous news conferences across the country last week. The platform—titled Building Better Lives—is a call to improve Canadians’ quality of life by empowering local governments.

“Municipal leaders are on the ground with Canadians,” said FCM president Bill Karsten. “We understand their daily challenges, and we make the most of limited tools to build solutions—from faster commutes, to more affordable housing and more climate-resilient neighbourhoods.

“We’re showing the federal parties how to work with us to significantly improve people’s quality of life.”

The GTF transfers predictable funds to municipalities for projects that renew roads, bridges, water systems and other core infrastructure. While Karsten says the model works, he believes its current scale leaves many vital repairs and upgrades unfunded every year.

“Because it’s predictable and direct, the GTF empowers us to plan and deliver cost-effective solutions,” he said. “Doubling this year’s transfer triggered a surge of work and proved what’s possible with this tool. Permanently doubling the GTF is the most efficient and effective step the next government can take to build better lives, in communities of all sizes.”

“All the federal parties are telling people they have the best plan to build better lives,” he said. “As the frontline order of government, that’s what municipalities do every single day. This election, we urge Canadians to think about who’s best placed to make their lives better—and how federal parties will empower their local leaders to deliver the results they want.”

Joanne Vanderheyden, mayor of Strathroy-Caradoc and a vice-president with FCM says   municipalities are stretched to their limits.

“We have done every efficiency we can,” she said.  “The gas tax gives us that hand to do those projects that absolutely need to be done but keep going to the back burner because we can’t seem to figure out where to get the money.”

Transit is a priority for big cities, mid-sized cities and smaller communities, so the federation is calling for stable transit funding for existing transit services as well as for transit systems that are looking to expand service.

“We’ve made real progress, but we need to see that parties are ready to take the next step,” he said. “That means universal Internet access, modern funding tools that recognize our realities, and real commitments toward building a rural lens into the heart of government.”