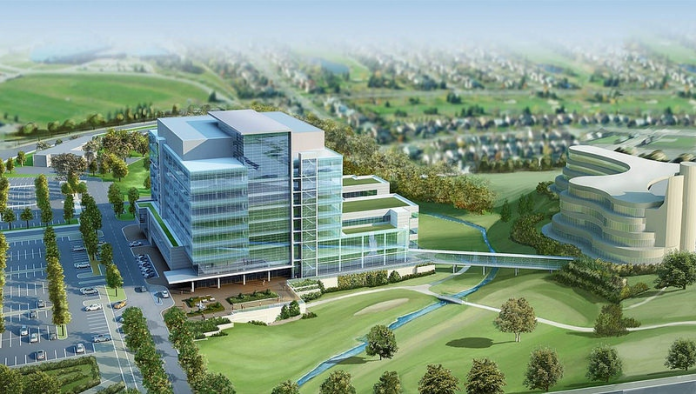 The Town of Newmarket has voted in favour of updating its bylaws to align better with its secondary plan and foster further development along the Yonge and Davis corridors.

The new zoning bylaw, approved on June 10, makes changes to permitted land uses, building heights, and densities, among other things, by “zoning in” about 20 million square feet of mixed use space over an expanse of about 200 acres.

The changes could make it faster and easier for developers to get projects going.

“It’s a plug and play mentality,” says Adrian Cammaert, senior policy planner for the Town of Newmarket. He says with the site plan and bylaw changes already completed, its possible that developers can come in and go directly to the site plan stage of building.

In 2006 the Ontario government identified the Yonge and Davis area as a provincial urban growth centre, meaning it’s a key point of intensification. Cammaert says following that designation, the town undertook various studies to determine the optimal area for focussed growth.

“In consultation with developers, we found they really want clarity in future development,” Cammaert says. “The secondary plan was a big step in that direction.” He says the town took the next important step by implementing the plan at the zoning level.

Cammaert says Newmarket is already beginning to see the fruits of its labour, as developers have shown considerable interest, asking for preconsultation even before the June 10 approval of bylaws.

The rezoned area falls into three zoning categories: the majority of it is mixed use, while smaller areas are zoned institutional and open space. Cammaert says the rules are “permissive and liberal;” rather than dictating what can’t be done on any given property, the focus is on form rather than use.

The new bylaw allows for almost 20 million sq. ft.  of mixed use space along the Yonge and Davis corridors, that could make room for up to 33,000 people and 32,000 jobs over the next 30 years. That helps fulfil Newmarket’s project growth target of 100,000 residents by 2025.

The Town of Newmarket is not geographically very big, so the challenge was to keep the economy vibrant with limited space, while protecting the current residential neighbourhoods.

That said, the nature of Newmarket will be changing as development goes ahead.

“There was a lot of public consultation through the development of the secondary plan,” Cammaert says. “What’s out there today will change a lot in the future,” he says. Residents seem to be aware it will change, and developers have an appetite for the space. “The new plan accounts for a large amount of midrise and highrise development, which is good for Newmarket,” he says.

“Future intensification will facilitate increased ridership of that high order transit,” Cammaert says. “Those rapid ways connect Newmarket with the Go station and in the future as it progresses south along Yonge street will connect it with the subway in Richmond Hill.”

Some major developments already in the works in the area include residential buildings Redwood on Yonge, which provides 530 units in three towers, and The Davis, which includes 487 units also in three towers; The Regional Annex Building will provide employment opportunities in its 485,000 sq. ft.