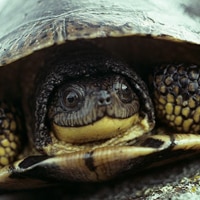 Consolidated Homes Limited, a home builder based in North Bay, has been ordered to pay $200,000 to the Nature Conservancy of Canada for damaging the habitat of blanding’s turtles.

Blanding’s turtles are a threatened species in Ontario. The species can be found in parts of southern, central and eastern Ontario.

In a press release, the Ministry of Natural Resources and Forestry said that Consolidated Homes Limited was convicted of using heavy equipment to remove vegetation near Circle Lake, in North Bay, where it damaged a turtle habitat.

Court heard that during the summer of 2018 the company used heavy equipment to remove vegetation from a property adjacent to Circle Lake in North Bay causing damage to turtle habitat.

The ministry said staff previously warned the company that blanding’s turtles lived in the area around Circle Lake, and that they needed to obtain a permit before they proceeded with any changes to the area.

Conservation officers used a ministry-owned drone to map the extent of the damage. 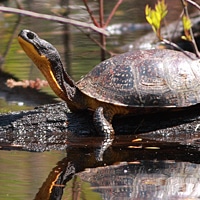 Justice Paula Nichols considered the prior warnings from the ministry and other similar convictions under the Endangered Species Act to determine sentencing.

In sentencing the company, Justice of the Peace Paula Nichols considered the prior warnings from the ministry, as well as other similar convictions under the Endangered Species Act to assess sentencing.

The case was heard over multiple days in the spring of 2022 and a decision was released last month.