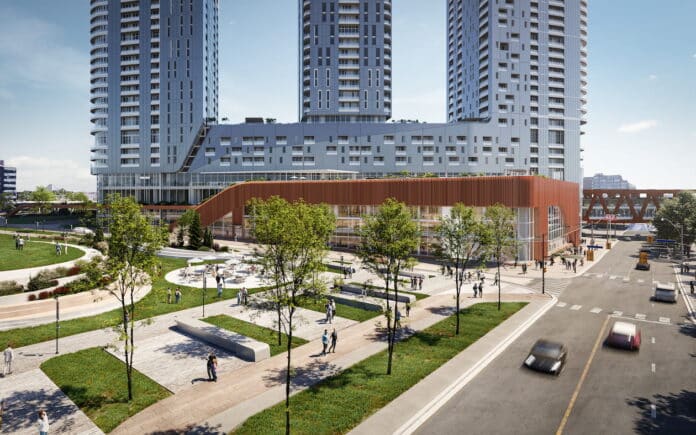 A public open house will be held tomorrow, Nov. 29, from 6:30 to 8 p.m. regarding the transit- oriented community planned adjacent to the new Ontario Line Gerrard Station. Click the link to register.

The current plan for the site is to build about 1,080 new residential units with no commitment to affordable housing.

The Ontario Line will run from the Ontario Science Centre to Exhibition Place and communities will be concentrated around some of the 15 stations. 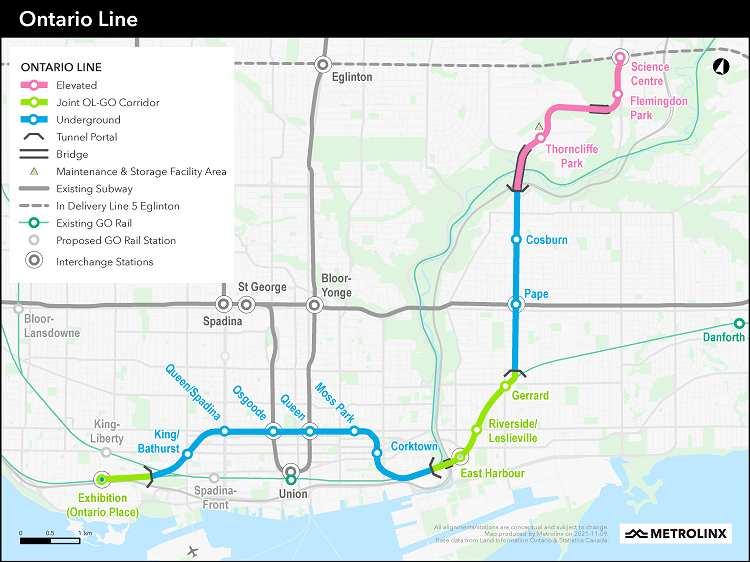 The province is partnering with private developers to create transit-oriented communities, or TOCs, with housing anchored by new stations.

The Gerrard Station will be built on the former site of a grocery store and the Riverdale Shopping Centre. The development is a partnership with REIT.

A 2.27-hectares property north of the current rail corridor and future station, would be built out with new housing supported by approximately 7,810 sq. m. of public space, retail, a grocery store and other amenities. 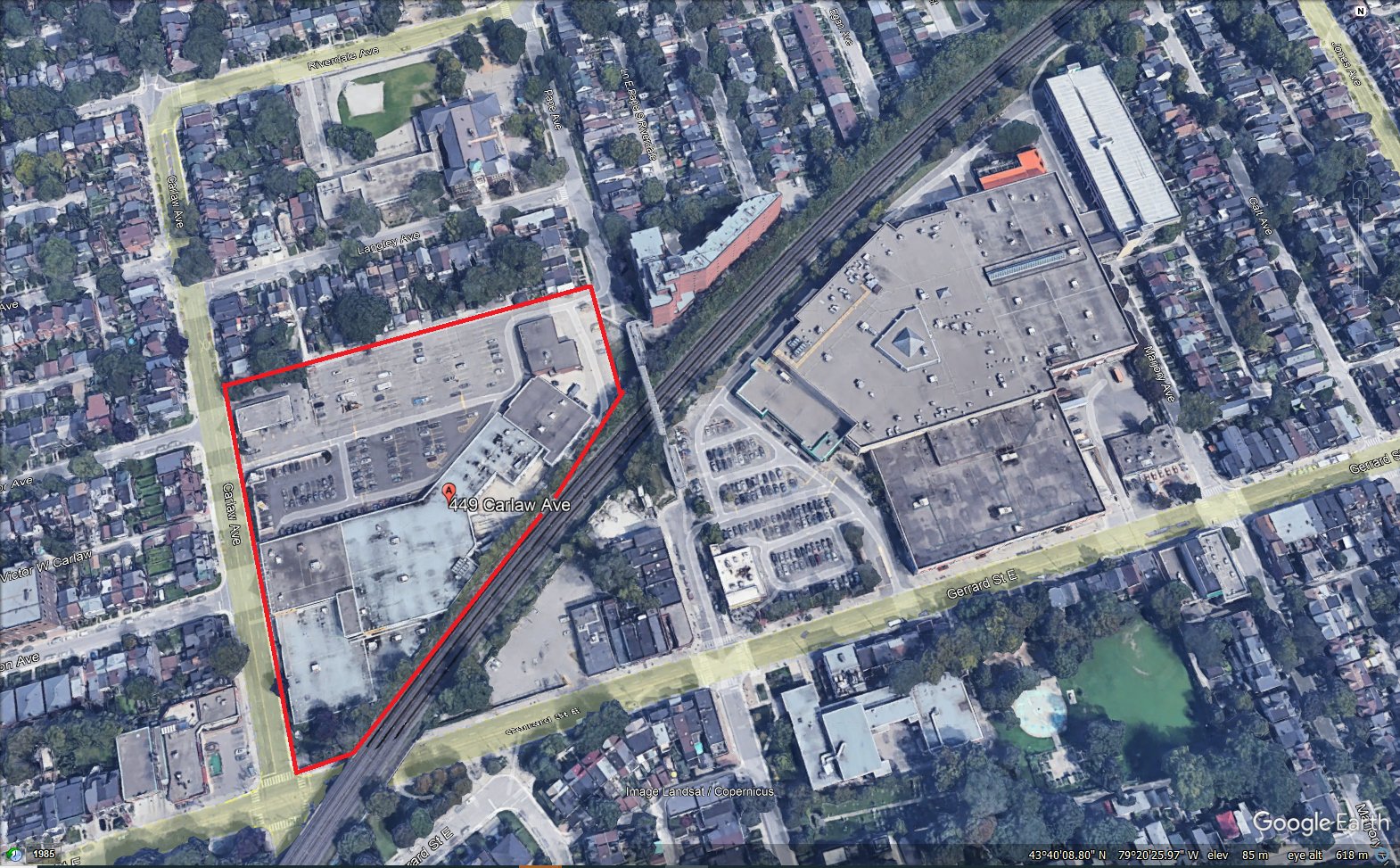 The consortium was confirmed as the preferred bidder in September and will be responsible for excavating the 6km of tunnels as well as a surface station that will provide interchange with the Go Transit Exhibition commuter rail station, two underground stations to integrate with the existing Toronto Transit Commission (TTC) Osgoode and Queen metro stations, and four new stations at King/Bathurst, Queen/Spadina, Moss Park and Cooktown. The group will also oversee the groundworks required to build the tunnels and stations.

IO says the winning consortium will begin mobilising its design and construction crews, with major work set to commence in early 2023 and conclude in 2030.