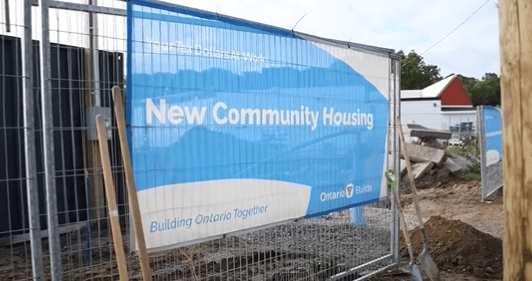 As municipalities line up opposed to regulations they say will ‘knee-cap’ cities and towns, the Ontario Legislature passed Bill 23 on Monday. The legislation is intended to speed up and increase residential development.

However, critics, including mayor and staff at municipalities across the province, say it will lead to higher property taxes, weaken conservation authority powers and not actually make homes more affordable.

The new law is just one move among many in a flurry of recent housing changes from the Progressive Conservative government, including plans to open some areas of the protected Greenbelt land to development and allowing the mayors of Toronto and Ottawa to pass bylaws with just one-third of council support.

Meanwhile, the government is still accepting public feedback on its proposed amendments to the Greenbelt Act that, if approved, would remove 7,400 acres from the protected land but also add 9,400 acres to the Greenbelt elsewhere, in a bid to build at least 50,000 homes in the GTHA.

Premier Doug Ford’s housing push comes after the government announced a goal of 1.5 million homes built in 10 years, while high inflation and interest rates have already forced the province to revise projections for housing starts downward. Ontario expects to build fewer than 80,000 new homes a year in the next couple of years.

“If we are truly going to build affordable housing in this province, if all the mayors and councillors who said during their municipal election they want to [incentivize] more housing opportunity in their communities, this is a way that the government has very clearly said we wanted to investigate,” Clark said Monday after the bill’s passage.

One of the most contested part of the bill is freezing, reducing and exempting fees developers pay to build affordable housing, non-profit housing and inclusionary zoning units — meaning affordable housing in new developments — as well as some rental units.

The Association of Municipalities of Ontario says the changes could leave municipalities short $5 billion and see taxpayers footing the bill — either in the form of higher property taxes or service cuts — and there is nothing in the bill that would guarantee improved housing affordability.

That means the financial burden would fall on local taxpayers.

Clark argues that in the Greater Toronto Area, the average homebuyer faces $116,900 in municipal development charges and fees added to the price of a home, but AMO and other critics say that reducing or eliminating those fees does not guarantee developers will pass the savings on to buyers.

Critics of the bill have labelled it pro-sprawl and say it won’t meaningfully address housing affordability, but the government has defended the plan since it was released following Ontario’s Oct. 24 municipal elections. (Patrick Morrell/CBC)

Ontario for All, a United Way project, told the government when the bill was being considered by committee that the legislation would constrain municipal efforts to require affordable housing in new developments and puts at risk rental replacement programs, which ensure tenants have access to affordable units when apartment buildings are redeveloped.

The organization also questioned the bill’s definition of affordable.

“By setting the definition of affordability for home ownership at 80 per cent of the market rate, units that would have sold for a million dollars are now considered affordable and exempted from development charges if they sell for $800,000,” Ontario for All coordinator Sean Meagher told committee earlier this month.

Conservation Authorities are also opposed to the bill which they say will limit the areas that can be considered in development permissions, removing factors such as pollution and conservation of the land.