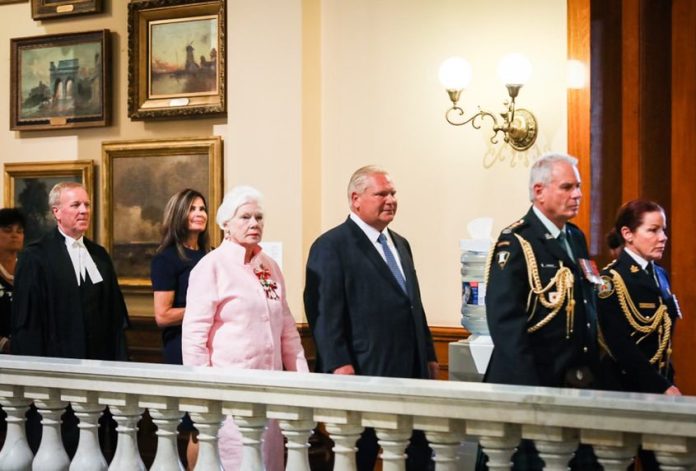 Highways, transportation infrastructure, trades training and housing were some of the priorities set out the provincial throne speech delivered by the Honourable Elizabeth Dowdeswell, the Lieutenant Governor of Ontario Tuesday in the legislature.

“Over the coming decade, Ontario is expected to grow by more than two million people. As it does, it has never been more important to invest in building transportation infrastructure,” she said.

Dowdeswell confirmed the government plans to spend $86.6 billion over the next 10 years to build and expand roads, highways and transit infrastructure in the province. This will include such projects as building Highway 413 and the Bradford Bypass, as well as widening Highway 3, rebuilding a stretch of Highway 101, and twinning the Garden City Skyway bridge along the Queen Elizabeth Way. It also includes the Ontario Line subway expansion in Toronto.

Northern Ontario’s Ring of Fire is a key piece of the transportation puzzle.

The cornerstone of this strategy is found in the Ring of Fire.

Located approximately 500 km. northeast of Thunder Bay and covering about 5,000 sq. km., the Ring of Fire is one of the most promising mineral development opportunities in the world and represents a transformative opportunity for multi-generational development.

“By working collaboratively with First Nations partners, the province is now in the late stages of environmental assessments and design work to build the first two sections of the road to the Ring of Fire,” Dowdeswell said.

“This ‘Corridor of Prosperity’ will not only bring economic growth and opportunity to northern and First Nations communities, it will also unlock the full potential of Ontario’s economy.”

The new government has also announced the largest investment in the province’s history to build and expand hospitals in several communities including Brampton, Windsor, Ottawa and Niagara.

“Places that have for years been advocating for health infrastructure that meets the needs of their growing regions – will soon see shovels in the ground,” Dowdeswell said.

To tackle a skilled labour shortage, the province will spend more than $1 billion in a skilled trades strategy to reduce the harmful stigma around the trades, particularly for women and young people, and create training opportunities to help “build the most highly skilled workforce in North America,” said Dowdeswell.

“This includes expanding three-year college degrees for in-demand fields and partnering with union-led training centres to provide people with the skills they need for new and exciting job opportunities.”