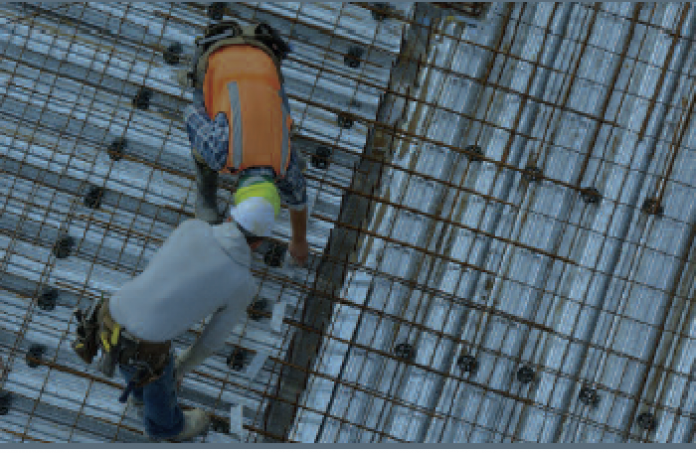 The passage of legislation on April 2 that frees several Ontario municipalities from a requirement to work only with specific unionized construction contractors has received reactions that vary depending the ideological spectrum.

The Ford government’s omnibus Bill 66 includes a provision that frees municipalities from their classification as a “construction employer”. Under provincial labor law, construction employers are subject to card-based certification, where a couple of workers on a weekend shift who sign union cards can force union certification, restricting access only to employers signatory to specific collective bargaining agreements.

“A fundamental legal issue we have with this legislation is that it gives public entities (the employers) the right to decide if their employees are going to have collective bargaining rights, when the law states that employees have those rights,” said Patrick Dillon, business manager of the Provincial Building and Construction Trades Council of Ontario.

“Schedule 9 of Bill 66 takes away the collective bargaining rights of those construction workers. The right to band together and to realize collective goals in the workplace should not be tampered with,” Dillon said in a statement.

On the other side, The Progressive Contractors Association (PCA) of Canada said in a statement that the bill’s passage marks a significant step forward for fair and open construction tendering in Ontario. The PCA speaks for non-union contractors and those that work with the Christian Labour Alliance of Canada (CLAC) which advocates for a non-confrontational multi-disciplinary approach to labour relations.

“We thank the Ford government for allowing all qualified Ontario workers and businesses to work on and compete for public construction work, with the passage of Bill 66,” said Sean Reid, vice-resident and regional director, Ontario, for PCA. “Now that municipalities, school boards and other public entities will soon be able to competitively procure their construction projects we are urging them to embrace the legislation by giving all of their local contractors and construction workers a shot at working on taxpayer funded infrastructure.”

Bill 66 deemed some of Ontario’s largest municipalities, including Toronto, Hamilton, the Region of Waterloo and Sault Ste. Marie, as “construction employers”. This designation also applied to public entities including the Toronto District School Board, Toronto Community Housing, the University of Toronto and others.

“This unfair and unintended loophole prevented the vast majority of Ontario construction companies and their workers from bidding and working on public projects, no matter how qualified, innovative or well-respected they are,” the PCA statement said.

Municipalities can opt out of the Bill 66 provisions, and PCA asserts in its statement that they “will be pressured to vote against fairness by certain labour groups that have benefitted from a closed construction market.”

“We’re urging municipalities to stick up for taxpayers, workers and local businesses,” Reid said in the statement. “The choice is simple: embrace a fair and transparent procurement system, benefitting all local workers, or cave in to special interest groups who’ve been profiting from a monopolized system for far too long.”

Not surprisingly, the Ontario Federation of Labour (OFL), representing organized labor, is dissatisfied with the new law, which contains other provisions that the OFL says will reduce overtime pay, and compromise health and safety.

“From increasing the number of children allowed in home-based daycare facilities, to reducing labeling requirements and reporting on toxic substances used in the workplace by employers, this government is playing with the lives of Ontarians,” said OFL president Chris Buckley.

“The people of this province are not sitting idly by while the government violates collective agreements with changes in the construction trades, while continuing its assault on decent work laws and health and safety in our workplaces and communities,” he said in a statement. “We are organized and we will fight for laws that protect worker safety and better protections for all workers, whether they are in a union or not.”

However, the Ontario Sewer & Watermain Construction Association (OSWCA) says it supports the more open tendering environment created by the legislation.
“We applaud the Ford government’s efforts to move this issue forward, which will help to level access to the playing field in construction in the province,” said OSWCA president Brad Brewster. “By opening up the tendering process, the government is also ensuring that taxpayers are receiving the best value for their tax dollars on infrastructure projects.”

A substantial body of research has demonstrated that closed tendering practices in certain municipalities has resulted in a reduction in the number of qualified contractors able to bid on publicly funded projects, which ultimately was resulting in significantly higher prices, OWSCA says in a statement.

According to the think-tank Cardus (which generally advocates for positions on the right side of the ideological spectrum), Ontario municipalities could expect to save more than $370 million per years if all publicly funded construction and infrastructure projects were open to fair and open bidding process.

“Municipalities have a host of tools in their toolbox to help ensure that only qualified companies are able to bid on public infrastructure projects,” said OSWCA executive director Giovanni Cautillo.

“Restricting participation based on labour affiliation should never have been among these tools. OSWCA has hundreds of qualified contractors from across the labour spectrum and we are thrilled that they will soon be able to at least submit a competitive bid to municipalities across the province.”

While the northern Ontario community of Sault. Ste. Marie is one of the smaller municipalities affected by Bill 66, the mandatory certification requirements there have been among the most controversial.

Under the previous rules, the city was restricted to working with contractors who had signed collective bargaining agreements by United Brotherhood of Carpenters or the Labourers’ International Union on all city construction work.

“Sault Ste. Marie is only in this regime because our legal counsel of the day missed a court appearance in 1987,” Soo Today reported Ward 3 Coun. Matthew Shoemaker as saying.
“Since that time, we have been bound to only take bids from companies signed with the Carpenters or the Labourers union,” he said. “This has meant any company signed with the United Steelworkers or CLAC or any other union, has been shut out from bidding on city work.”