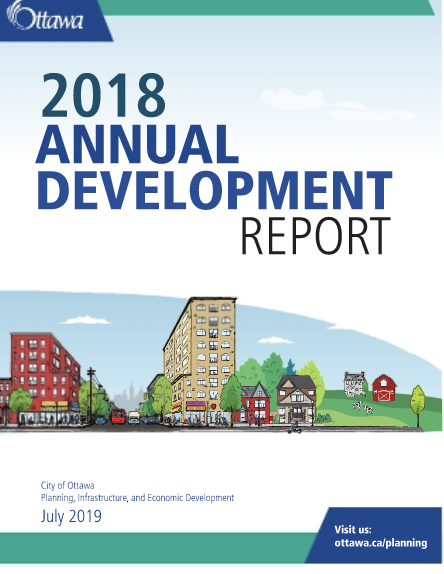 The report shows Ottawa’s economy growing steadily, with 557,600 residents working and unemployment dropping to 4.6 per cent. Housing affordability is a continuing concern.

Ottawa saw a 1.5-per-cent increase in number of households over 2017. There were 6,950 new housing starts, a City of Ottawa news release says. The proportion of apartment starts decreased to 34.7 per cent, down from 40.8 per cent the previous year, but all other housing types increased.

The city continues to do well in achieving its intensification targets, the report says. The Official Plan target is 40 per cent but Ottawa achieved a 55.2 per cent share in 2018.