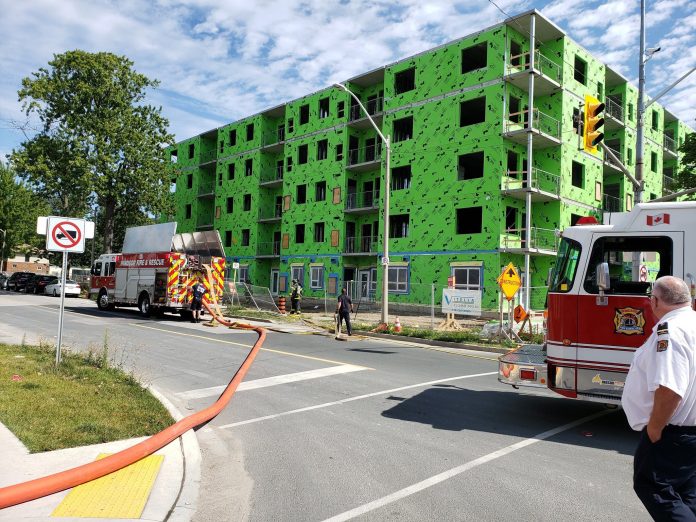 Windsor’s fire team’s quick actions were able to put out a blaze at a partially-built apartment building within a few minutes on Aug. 22.

Firefighters were called to the building at Wyandotte and Crawford just after 11am, and were able to contain the fire quickly.

The cause of the fire is said to have been construction-related, and started on the second floor of the structure, causing about $10,000 in damages.

No injuries were reported in the incident. The fire has been ruled accidental.