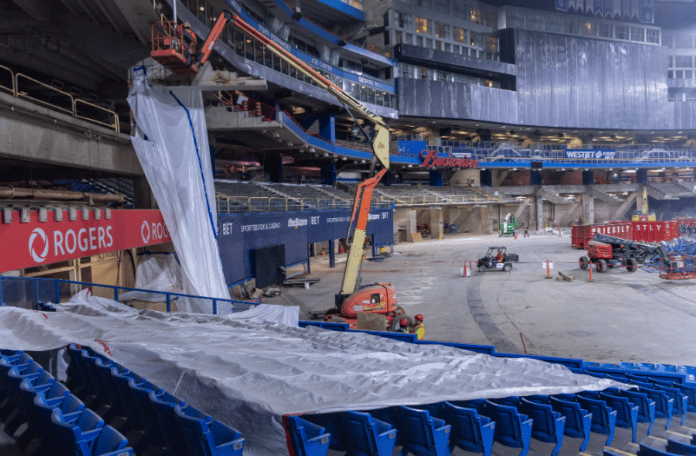 The demolition started Oct. 14 and lasted four weeks – after about 21,000 worker hours, with 500 level seats removed (all to be replaced for the 2023 season), and structural demolition of the outfield. 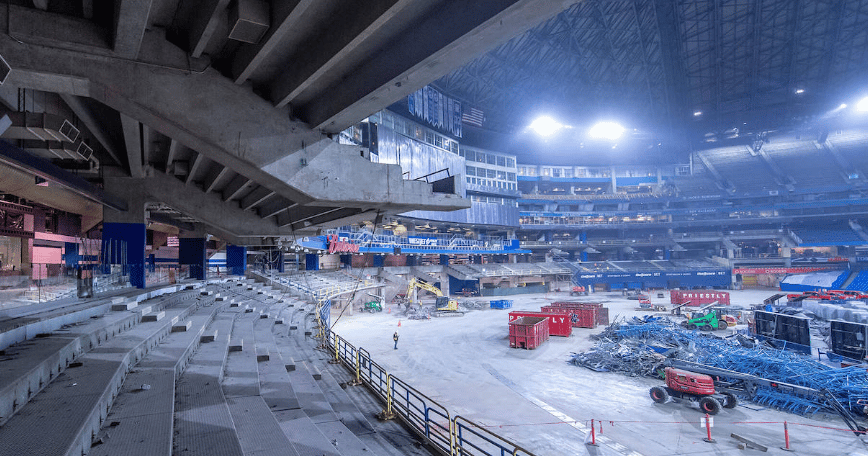 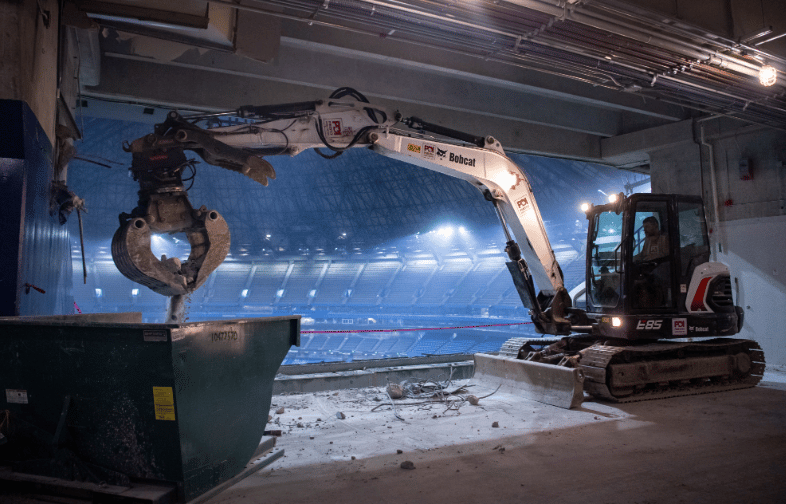 Rogers Stadium Limited Partnership awarded the contract and work will continue through the offseason – part of a $300 million multi-year renovation that aims to transform the 33-year-old multi-purpose stadium into a ballpark through a series of projects focused on modernizing the fan experience and building world-class player facilities. 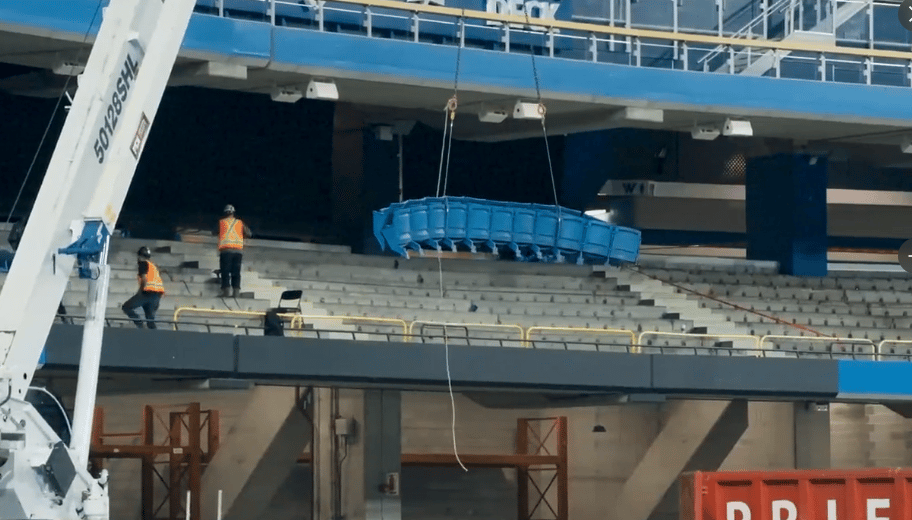 “PCL and our partners are passionate about bringing the Toronto Blue Jays’ reimagined vision for Rogers Centre to life,” said Monique Buckberger, vice president and district manager, PCL Toronto. “Following months of preconstruction planning, our team hit the ground running on the first phase of renovations to give the home of Canada’s Major League Baseball team a new look for the 2023 home opener.”

To meet the fast-track schedule, work is being scheduled in two shifts over a six-day work week. Demolition to bring portions of the stadium back to base is already nearing completion, enabling next steps, which opens Apr. 11, 2023, including: 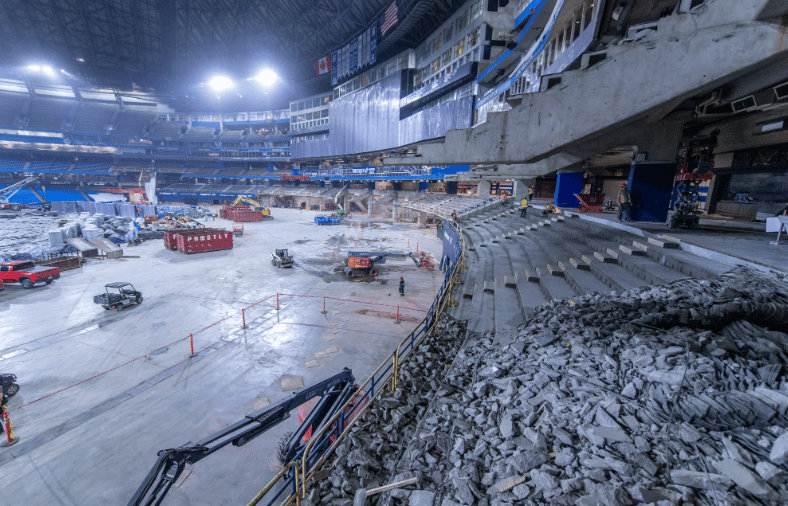 The scope of work “will address the most important challenges with the current stadium, while not rushing the necessary long-term work needed to maintain the ballpark for future generations of fans.”

The size of the stadium allows for multiple projects to progress at the same time, so while demolition was being completed, building began the second week of November with concrete poured in the 500L and new structural steel installation.