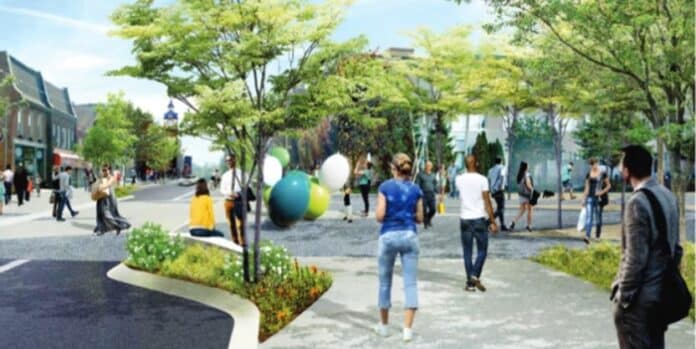 Council approved a staff report recommending the agreement with Pepsico Canada ULC  for the naming rights for 15 years for an annual  payment of $240,000 plus inflationary increases

Construction on the $7.4-million park is expected to wrap up in October. 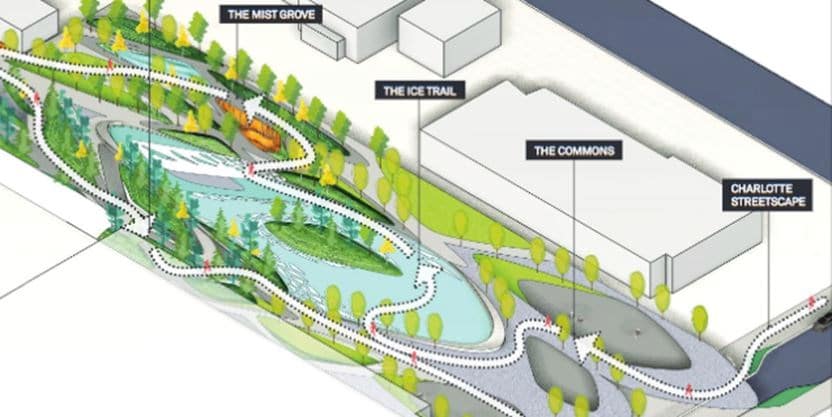 “The Quaker Urban Park Naming Rights opportunity is a strong alignment between the sponsorship opportunity with the City and PepsiCo, a historic local food manufacturer and major employer,” Sandra Clancy, chief administrative officer wrote in her report to council.

“Discussions with Quaker expanded to other potential opportunities, including the possibility of the naming right to the urban park,” the report states.”

Quaker is celebrating 120 years of food production in Peterborough with its facility on Hunter Street.

The urban park and renewal of Charlotte Street are key strategies in its Central Area Master Plan.

The urban park project was launched in 2016 with plans to redevelop a parking lot at Louis and Charlotte streets. The awarded a contract to Peak Engineering and Construction Ltd. of Brighton for $3.25 million (plus tax) for construction of Phase 1.

The urban park will include a large surface for multi-purpose uses for community activities, including a refrigerated outdoor rink in the winter. There will also be a public art display, large tree plantings and seating areas and designated space for a farmers’ market.

Construction was postponed in 2019 for soil testing required by the Ministry of the Environment, Conservation and Parks. The coronavirus pandemic also impacted start-up work on the project.

While the original budget was $6.3 million, it increased to more than $7.4 million because of costs for cleanup of contaminated soil discovered during early stages of construction.

Clancy notes sponsorship has been considered a potential revenue-generating opportunity since plans were underway for the urban park. Consultation, planning and design work on the project started in late 2016.

“PepsiCo Canada ULC., through its local Quaker brand presence, has been identified as a strong strategic fit for the sponsorship opportunity, for both the city and Quaker.”

“They advised that the activation/implementation of the sponsorship in the space should not overly commercialize the space.”