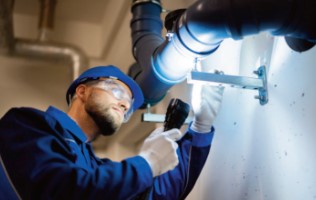 Unionized plumbers are across Ontario are the latest group to reject a proposed contract. However, a strike is not imminent in this case.

ICI plumbers and pipefitters have rejected a proposed contract settlement offering 12.5 per cent over three years by a 53 per cent majority in Thursday voting across the province and are in a legal strike position, though James Hogarth, business manager at the Ontario Pipe Trades Council said the two sides are discussing next steps and whether to return to the bargaining table.

He said a strike is not scheduled for the 12,000 to 15,000 members as long as the sides are talking. He said wages are a key issue. A management spokesman could be immediately reached for comment.

Also, a proposed contract that was accepted by painters was rejected by drywall tapers and a strike vote will be held, said Bruno Mandic, business manager/secretary treasurer of Painters and Allied Trades District Council 46 in Ontario which has more than 8,000 members.

Three-year contracts for both the plumbers and painters and allied trades expired on April 30.