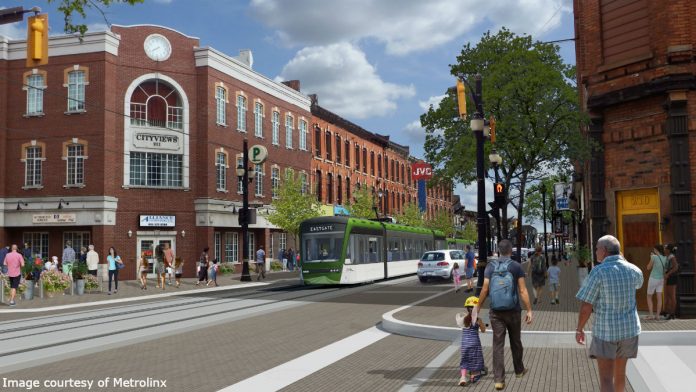 Work has started in the east end of Hamilton on a planned light rail transit line.

The two-month project includes moving a section of oil pipeline that crosses Queenston Road along the hydro corridor to make some room between underground utilities and the eventual LRT tracks, which require a deeper roadbed, according to the city’s LRT project head Kris Jacobson.

Trans Northern Pipelines construction crews are staging an area on the demolished Motor City Hotel site which will cause lane restrictions on Queenston Road until late December.

Jacobson says the pre-construction work represents a visible “milestone” for a project that has, until now, been happening behind the scenes.

Three consortiums are working on detailed bids to build and run the $1-billion, 14-kilometre transit line between McMaster University and Eastgate Square.

A contract award is expected next fall, after a final council vote on an operations agreement.

Major construction will begin in 2021.

Metrolinx has purchased nearly two-thirds of the 90 buildings it needs along the Main-King corridor for the project. Some of those are expected to be demolished this fall.

Pipeline relocation for LRT started Oct. 15 will continue through late December. Work will happen between 7 a.m. to 7 p.m. on weekdays.