Home Around the province Out with the old and in with the new infrastructure: Priestly Demolition...
Facebook
Twitter
Email
Print
Copy URL

A 77-year old bridge over Highway 400 was demolished on Oct. 1, making way for new and improved infrastructure.

The original two-lane Highway 89 overpass, a single-span cast-in-place with boxed girders and steel trusses, is being replaced to accommodate the future widening of Highway 400.

A rapid demolition by Priestly Demolition Inc. completed the the rapid demolition in record time. Approximately 150 truckloads of concrete were hauled away from the site over the week, along with steel and rebar. 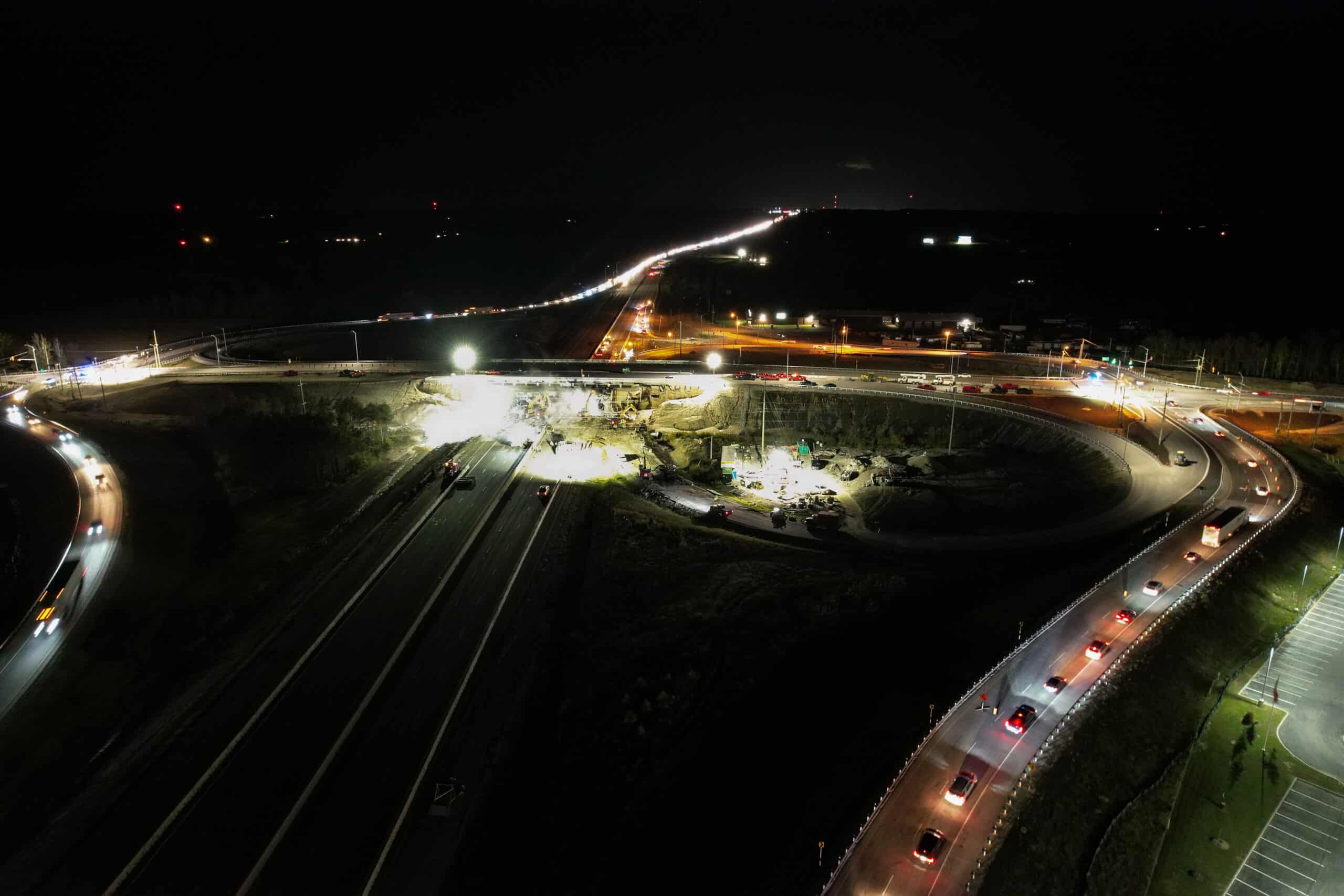 Additional work on Highway 400 will include increasing exit ramps to two lanes. The commuter parking lot will be moved from the southeast side of the bridge to the vacant area northwest of the highway.