Home Around the province Sheet metal workers likely to be off job for more than a...
Facebook
Twitter
Email
Print
Copy URL

Sheet metal workers may be off the job for four to five weeks, and there is a possibility that labour disruptions may spread the plumbers’ union, largely over a dispute about the work-week length, says Wayne Peterson, executive director of the Construction Employers Coordinating Council of Ontario (CECCO).

Sheet metal workers belonging to Sheet Metal Workers’ and Roofers’ Union (SMWIA) locals across the province walked off the job on May 6 after employers insisted on revising the work-week from 36 to 40 hours and changing mobility provisions, Peterson said.

Most of the mechanical trades in southern and eastern Ontario have had a 36-hour work week, but Peterson says employers are finding the overtime cost of the shorter work week is making them uncompetitive with non-union contractors and with companies affiliated with the Christian Labour Association of Canada (CLAC), where members work 44 hours week without overtime. (Overtime under the previous collective agreement was paid at double time.)

So far only two unions among all of the construction trades have formally settled and ratified their contracts – the International Brotherhood of Electrical Workers (IBEW) and the union representing elevator workers. However, Peterson says good progress is being made in many of the trades, both mechanical and non-mechanical. Notably unions representing refrigeration and sprinkler fitter workers have agreed to tentative settlements.

Employers had been seeking the 40 hour week with the electricians at the outset of negotiations, but backed off and retained the traditional 36-hour schedule.

He said the negotiating process has been exceptionally slow this year.

“I have never seen such a slow start,” he said. “Negotiations really didn’t get start with any significant gusto until the third week of April. I’ve been involved in heading up the sheet metal negotiations for eight rounds and never found it like this.”

“No one was talking,” Peterson said. “It seemed to be a ‘wait and see’ — once the electrical settlement was out there it would set the ground and set the wage rates.”

Peterson said he expects that the sheet metal workers will be off the job for more than a month because government conciliation and mediation officers normally look for a cooking off period of “two to three weeks” before bringing the parties back to the table. “Allow another week to two weeks to get it resolved, that’s where they are – and then the members have to vote on it.”

Peterson says he still expects that the other mechanical trades will settle without striking.

“The plumbers were looking at striking on Thursday (today-May 9) but they decided on further meetings near the end of the month. The two sides are talking.”

Meanwhile Local 30 sheet metal workers are stepping up their picketing activities as they resist the hours-of-work roll-backs requested by employers. 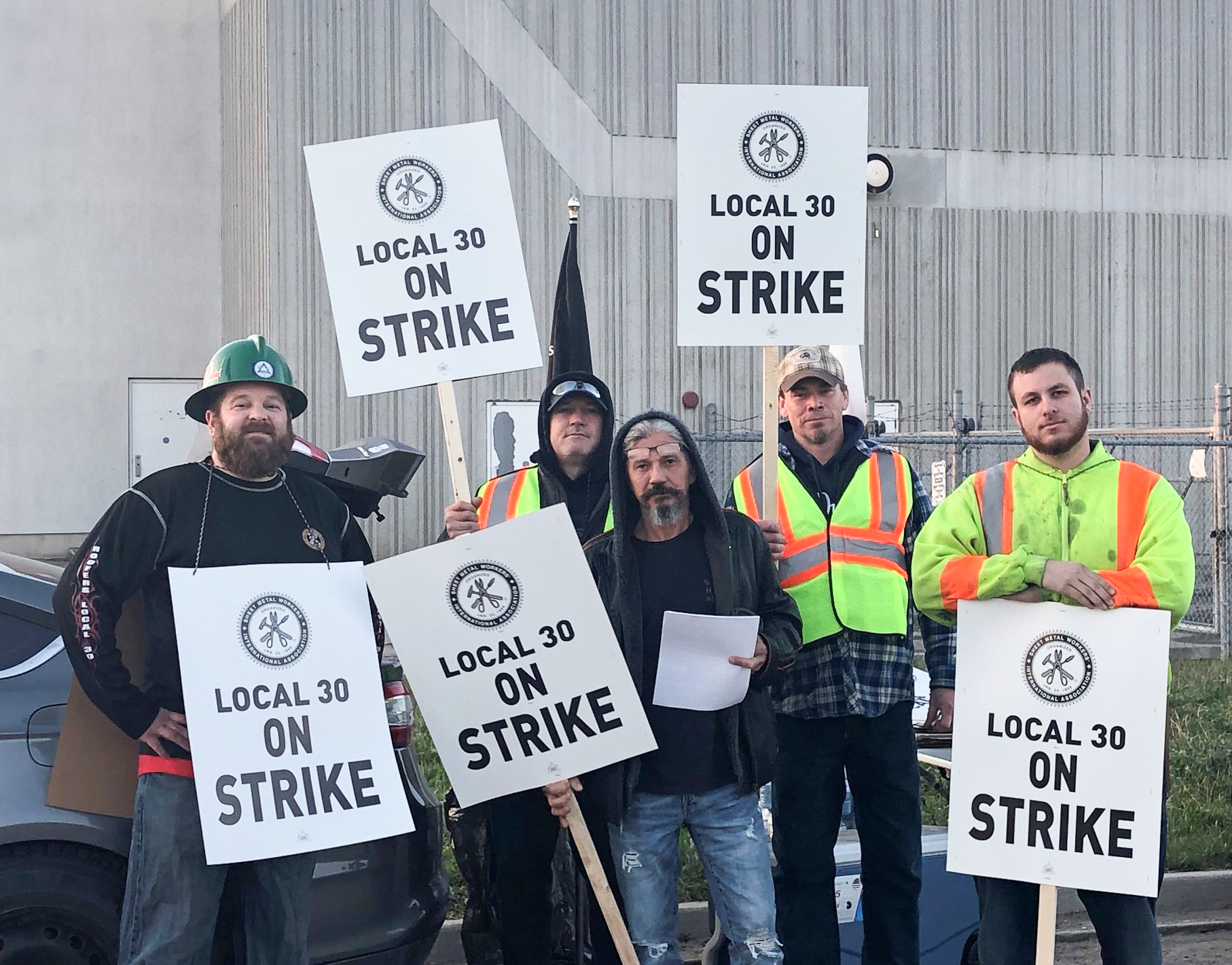 Union members in good standing who serve on picket duty for four hours per shift, four days per week, are eligible for $150.00 in strike pay per qualifying week – a far cry from the members’ regular income. SWMAI local 47 members receive $38.93 per hour plus benefits under the previous contract, bringing their total compensation to $58.68 per hour.

Petersen says if the sheet metal workers picket active construction sites, they could cause some disruption but by law construction workers not on strike must cross the picket lines.

The impact of the dispute will vary depending on the job and whether the trade is a key element at the stage of construction for the specific project.