Home Around the province Sold out Elements Condos in St. Catharines one of many new projects...
Facebook
Twitter
Email
Print
Copy URL 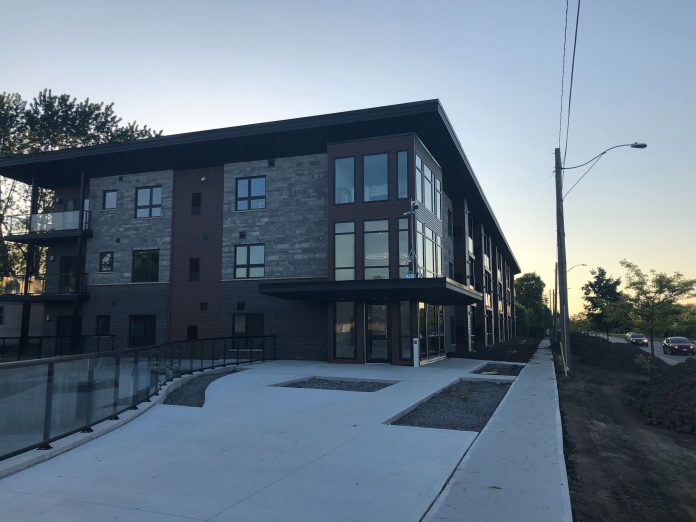 Lakeport Street in St. Catharines is a hot up-and-coming neighbourhood for condominium developers in recent months.

The newest luxury condos in the neighbourhood were sold out soon after they became available – a good two years before the slated move-in date. Elements Condos, a project by Mountainview Homes, is billed as an “intimate” building with just 45 luxury suites that range from 641 to 963 square feet and sit close to amenities like the QEW, schools, and of course, Port Dalhousie, with its Lakeside Park and beautiful views.

Newer developments will be joining Elements in coming months and years. The Harbour Club Condos is a new condo development by Port Dalhousie in the former Lincoln Fabrics building. It’s currently in preconstruction at 63 Lakeport Road, St. Catharines. 120 units in that building are set to go on sale to the public in June, with prices range from $500,000 up to an estimated $1,500,000. Shovels are expected to break ground in late fall 2019.

Neighbours are fighting a six-storey condo being planned at Lakeport Road and Avalon Place, only a six-minute walk away from the Harbour Club. Council voted to approve the site plan for that building in April of 2019 in a contentious 8-5 vote, after concerns about the size and height of the building, and how it would fit into the neighbourhood aesthetic.

Opposition seems to have won out in a similar spat in 2012 over a planned 17 storey condo tower whose proposed lot still sits empty after complaints over the projects’ height.

Port Dalhousie is a bustling tourist location, but development of the area is welcome news for many, as it signifies a potential economic revival for local merchants.