Home Resources and advice The construction labour shortage: Is it really as severe as it looks?
Facebook
Twitter
Email
Print
Copy URL 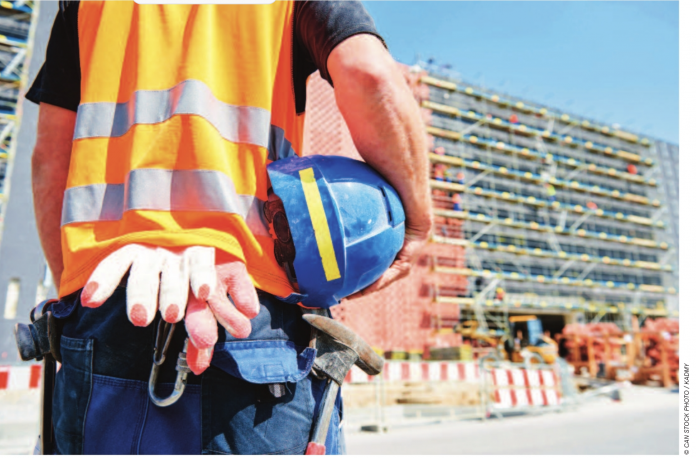 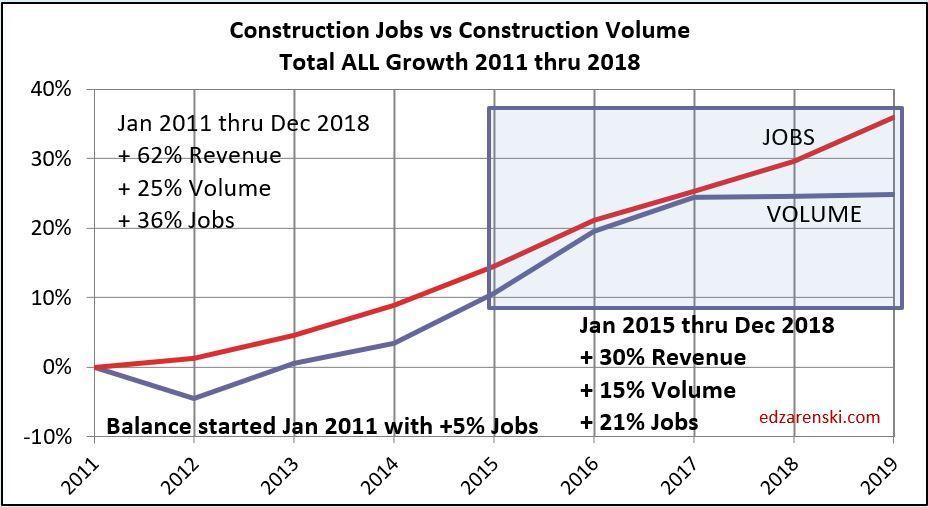 Although his data is based on US statistics, it is reasonable that the story will be similar in Canada.

What is the difference between spending (or revenue) and volume?

Zarenski, a retired Gilbane Building Company manager, publishes the Construction Analytics blog from his home near Providence, Rhode Island. His blog won the 2019 Construction Marketing Ideas Best Construction Blog competition, beating more than 25 competitors. (I oversee the contest, which includes a combination of popular voting and independent judging, as part of the blog which I’ve administered for the past decade.)

In his research, Zarenski suggests that construction business managers are hiring and spending based on revenue numbers, more than actual building volume – and these numbers are growing because of cost inflation NOT more than actual work volume.

He writes that for the two years in 2017 and 2018, total construction nation-wide in the US posted a revenue increase of 9.8 per cent, but inflation was 9.3 per cent.

Volume after adjusting for inflation increased 0.3%, he writes. During that period construction jobs increased by 7.6 per cent.

Taken over a longer period, “since January 2011, construction jobs have increased 36 per cent but construction volume is up only 25 per cent. Jobs have been growing faster than the real volume of work.” 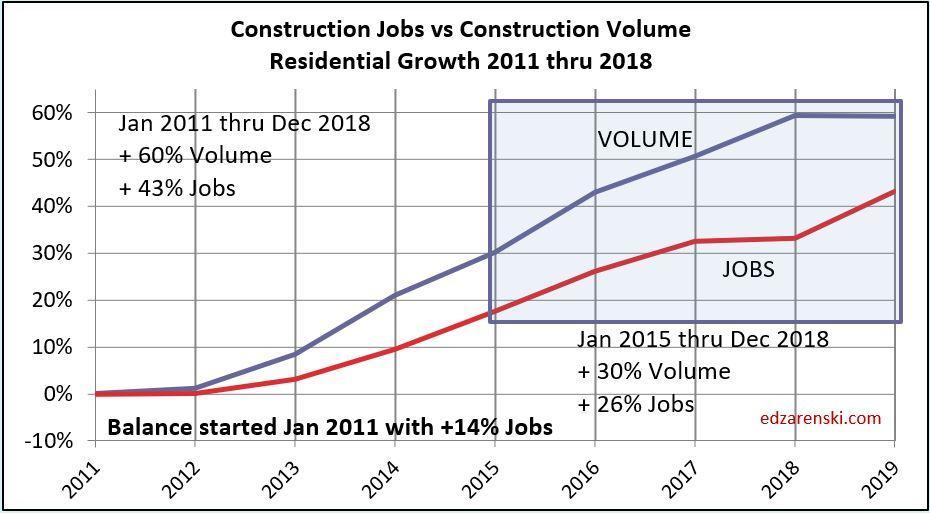 Zarenski then breaks out the number by sector, and the discrepancy between job creation and actual business volume is even more jarring for non-residential buildings and non-building civil 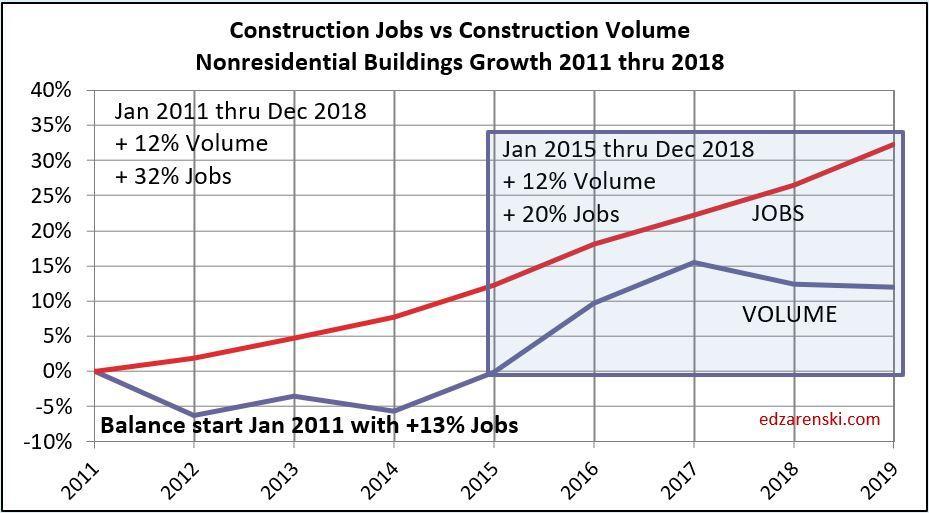 In the nonresidential sectors, while revenue was positive, after spending is adjusted for inflation, real volume was down 3 per cent to 4 per cent. Yet jobs increased 8 per cent to 10 per cent.

“It is difficult to square the consistent jobs growth in excess of volume growth with the long ongoing narrative of jobs shortages,” he observes. “I suppose it could be argued that it is a ‘skilled’ jobs shortage, a lack of workers with the needed experience. But we would have to look back to the period 2000-2004 to find a time when jobs growth was balanced with volume growth.”

More on Construction Jobs vs. Volume can be found at https://edzarenski.com.