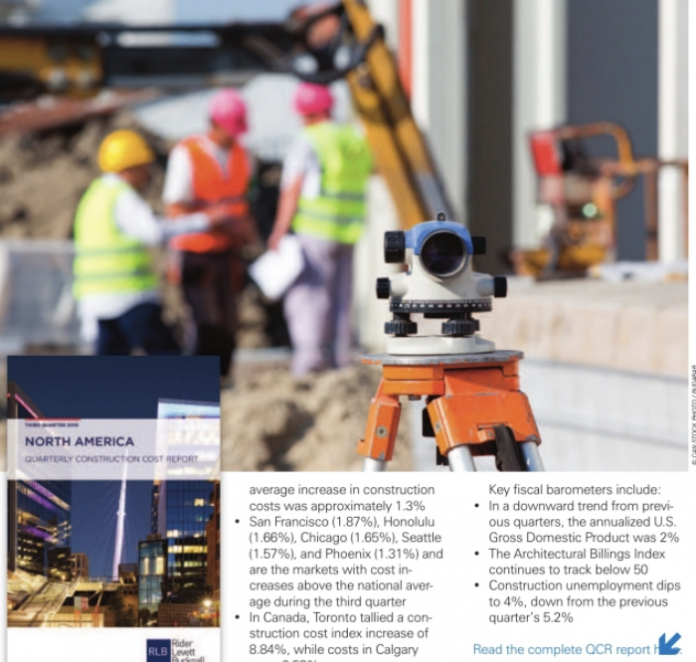 An international consultancy expects there will be a downturn in the construction industry next year, but this change doesn’t mean that the industry is in trouble.  However Rider Levett Bucknall (RLB) reported that construction costs in Toronto have risen 8.84 per cent in the quarter from April 1 to June 1.

“While we expect that construction will face a downturn in the next year, this doesn’t necessarily mean that the construction industry is in trouble; it does mean a slowdown over the next 12 to 18 months, which may seem like a recession after this frenetic pace of the last few years,”  RLB North America president Julian Anderson said in a statement.

The organization last week released its new quarterly Cost Report (QCR) for North America. With data current to July 1, 2019 and featuring construction cost information for 14 US and Canadian markets, the QCR provides a statistical view of the state of the construction industry, detailing indicative construction costs for eight building sectors, RLB says.

For the third quarter of 2019, the Construction Industry Confidence Index (CICI) is 51, reflecting a drop of seven points from the second quarter of 2019, and 19 points year-over-year. This rating is still above 50, which is considered the threshold for negative sentiment regarding industry growth.