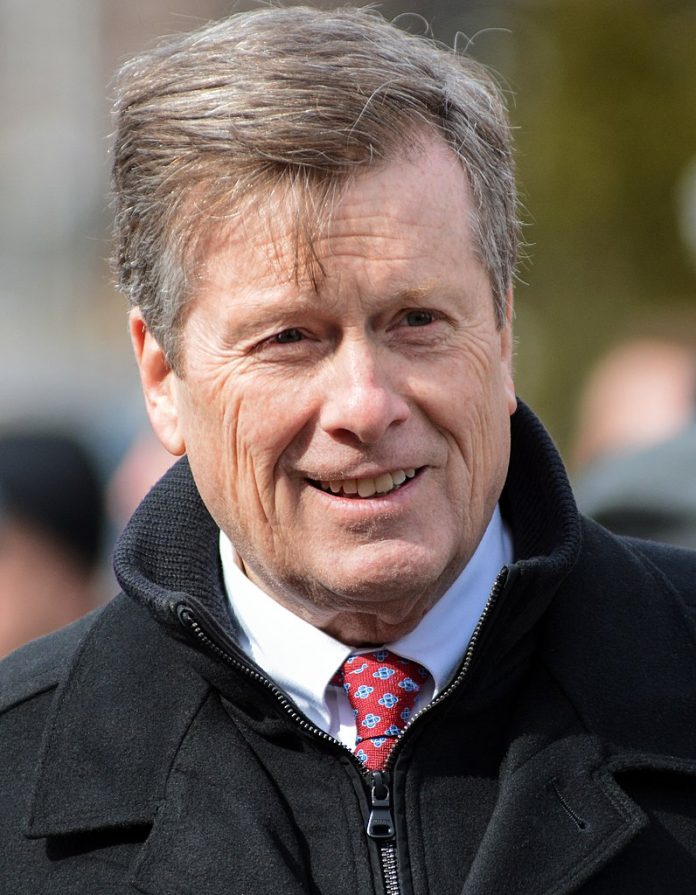 Toronto Mayor John Tory has announced plans for a meeting with representatives from the construction industry, after several recent collisions involving dump trucks and pedestrians.

The meeting takes place tomorrow and Tory says he is hopeful it will lead to “increased training or increased safety measures” to reduce the number of accidents involving construction vehicles.

“Clearly based on the numbers this year so far this is a particular problem we have to address,” he told reporters. “Beyond things we can do there are things that they are going to have to do as people involved in driving trucks and people engaged in construction.”

On Sept. 17, a female pedestrian was struck by a dump truck after stepping off a streetcar on Bathurst Street at Ulster Street.

The woman was not badly injured, but earlier this month, a 54-year-old woman who was attempting to cross the road was killed when she was hit by a cement truck attempting to make a turn on Yonge Street at Erskine Avenue.

In January, a 40-year-old man was fatally struck by a dump truck near Lawrence Avenue and Marlee Avenue.

Three city councillors are calling for an increase of traffic safety in the area of Yonge and Eglinton following the death of a pedestrian on Tuesday.

The incident occurred near Yonge Street and Erskine Avenue, near Eglinton Avenue, at around 10 a.m.

Police said a 54-year-old woman was crossing Yonge Street when she was fatally hit by a cement truck that was attempting to make a turn.

Three Toronto councillors are asking for a pause in new development projects, until a construction traffic safety plan is implemented.

Councillor Mike Colle told reporters that city council must respond to the growing number of traffic safety issues as a result of condo development and the ongoing construction of the Eglinton Crosstown LRT.