The United Brotherhood of Carpenters (UBC) is continuing the fight against tax fraud and the underground economy with the annual Tax Fraud Days of Action from April 11 to 16, 2022. 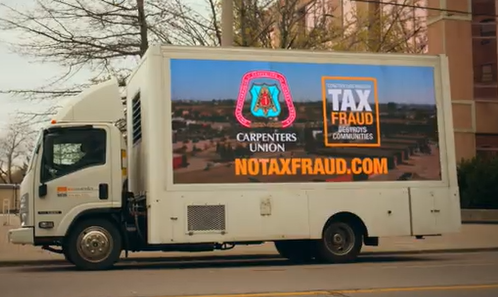 The annual No Tax Fraud campaign is designed to increase awareness of the issue and encourage government officials to crack down on fraudsters. This year’s theme, When contractors cheat on their taxes we all pay, resonates with the industry dealing with the lingering impact of a global pandemic and skyrocketing inflation.

“Here we are in the middle of a pandemic,” Gillies said. “The province needs revenue. It needs revenue to boost the infrastructure of our health care system. 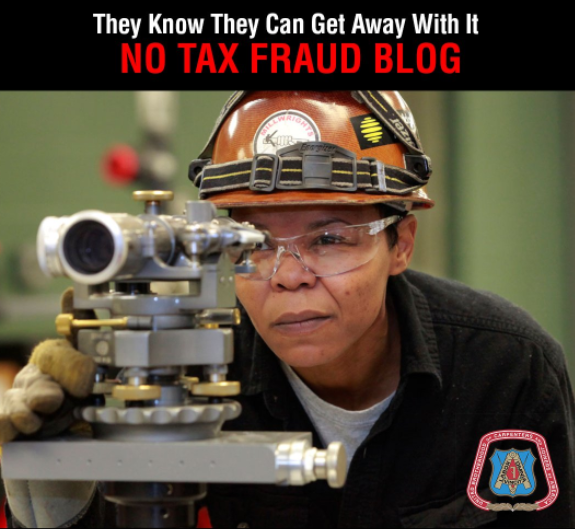 “We need to continue building transit and prepare for the economy to reopen.”

Along with Jason Rowe, Canadian District vice-president of the UBC and Mike Yorke, president, Carpenters District Council of Ontario, Gillies is calling on people to join the No Tax Fraud campaign by sending a letter to their local MP.

“There are contractors out there every day stealing tax dollars and lining their pockets on the backs of Canadians. Yeah, I’m angry.”

Cheating contractors use underhanded schemes, labour brokers, shell companies, shady bank accounts and check-cashing stores to evade their legal obligations. They fail to deduct and pay employment-related federal and provincial taxes, to the tune of $8.4 billion a year. 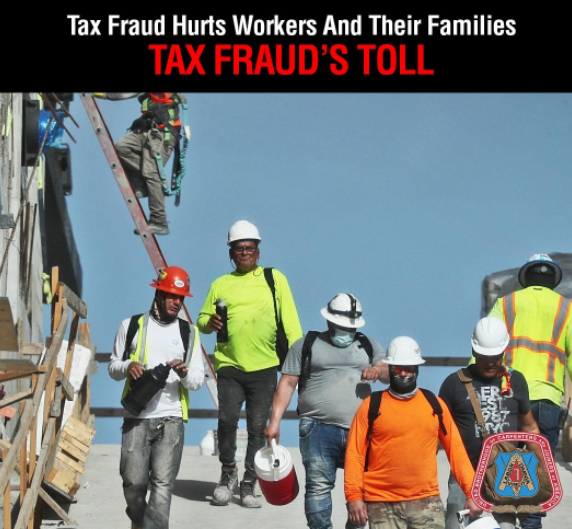 Rowe has a message for them:

When contractors avoid paying taxes, everyone loses because fewer funds are available to build schools, hospitals, roads, transit and other infrastructure.

According to the Canadian District Council of Carpenters, that underground economy costs the Canadian economy billions.

“By misclassifying workers as independent contractors and paying them under the table to avoid taxes, fraudsters cheat workers out of hard-earned pay and benefits. This includes worker protections, pension, health care and unemployment insurance,” Yorke said.

“That’s why we’re calling on the Government of Canada to partner with us and take steps to tackle this growing issue.”

Ontario’s unionized carpenters rally their colleagues across North America each year in April for Days of Action protests designed to raise awareness of tax fraud and the underground economy that is alive and well in the construction industry.

A study commissioned by the Ontario Construction Secretariat (OCS) estimates annual revenue losses due to the underground activity have jumped 30 per cent in the past decade.

Between 2013 and 2017, the provincial and federal governments lost up to $3.1 billion annually because of construction companies that operate in the underground economy.

The primary driver of the tax fraud in construction, according to the OCS report, is employers who are improperly classifying workers as independent operators instead of employees. Only about 22 per cent of those misclassified individuals are registered with the WSIB and that means more than 88,000 are not paying premiums. 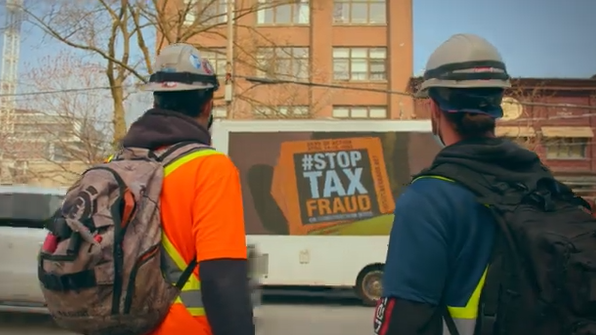 In Ontario, carpenters, floor covering installers, tile setters and painters are particularly vulnerable to these shady and illegal practices.

“It’s an incredibly precarious time for so many workers,” Yorke said. “People need jobs and they are reaching out for whatever they can get and, unfortunately, there are employers willing to take advantage of that situation.”

On jobsites no-excuses safety and health is built into every course at our training centers. Our signatory contractors rely on that training to keep standards high and limit injuries so that our members can go home safe after every shift.

In contrast, on worksites run by crooked contractors, it’s often a different story.

Tax Fraud Days of Action put a spotlight on the issue in Canada and the U.S. during April, encouraging everyone to write to Members of Parliament to demand action to stop contractors who avoid paying.

“There are contractors out there every day stealing tax dollars and lining their pockets on the backs of Canadians,” Rowe concluded. “Yeah, I’m angry about that.”

He has a message for those illegitimate contractors: