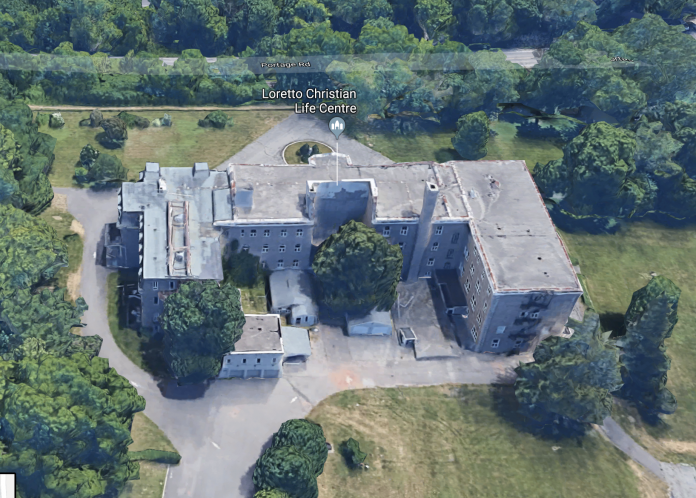 A Vancouver-based developer plans to transform the Loretto Academy structure in Niagara Falls into a multi-tower hotel/residence development.

3Bridges Properties (Group) Corp. says the heart of the complex will incorporate the existing building, with its mansard roof and cupola, and these architectural elements will be retained, conserved and restored into its river-facing facade.

The project with the name Great Falls will include a 32-storey south tower, 57-storey central tower and a 42-storey north tower on 7.385 acres of what is described as the “most desirable available land in Niagara Falls.”

“This development will transform the cityscape in the Fallsview Tourism District, Niagara Falls’ prime dining, entertainment and nightlife corridor,” the statement says.

The developer says it plans to retain an architect with global experience and a Canadian contractor, but construction start date hasn’t been announced.

The project is 3Bridges Properties’ first venture outside British Columbia. “We are delighted to be able to introduce what will be three distinctive buildings into the Niagara Falls skyline,” said CEO Dan Zhang.

“Our corporate vision is building three bridges – of diversified cultures in this multicultural city, of economic development in the area, and of friendship and understanding between Asia and North America. By honouring Loretto Academy’s past, we pave the way for a bright future for this landmark address.”

“Many in Asia know about Niagara Falls but haven’t visited this ‘Seventh Wonder of the Natural World,’” he said. “When completed, our project should attract millions more visitors from Asia and boost local tourism, and create over a thousand employment opportunities for the Greater Niagara Region. As property developers, we expect this venture to contribute to the local economy and community.”

The three buildings in a park-like setting are designed to maximize views to Niagara Falls. With the new Scotiabank Convention Centre across the street, the developers say the hotel, which will be managed by an upper-market brand, will be popular. Visitors and residents will also find the John Daly Thundering Waters Golf Club 600 metres to the south.

The site had been a convent/school and later youth retreat until it closed in 2006. There were plans to develop the Stanley Avenue site, and zoning approvals were obtained in 2012, but it appears these plans never moved forward.