Home National/International News Will there be an oversupply of apprentices in some key construction trades...
Facebook
Twitter
Email
Print
Copy URL 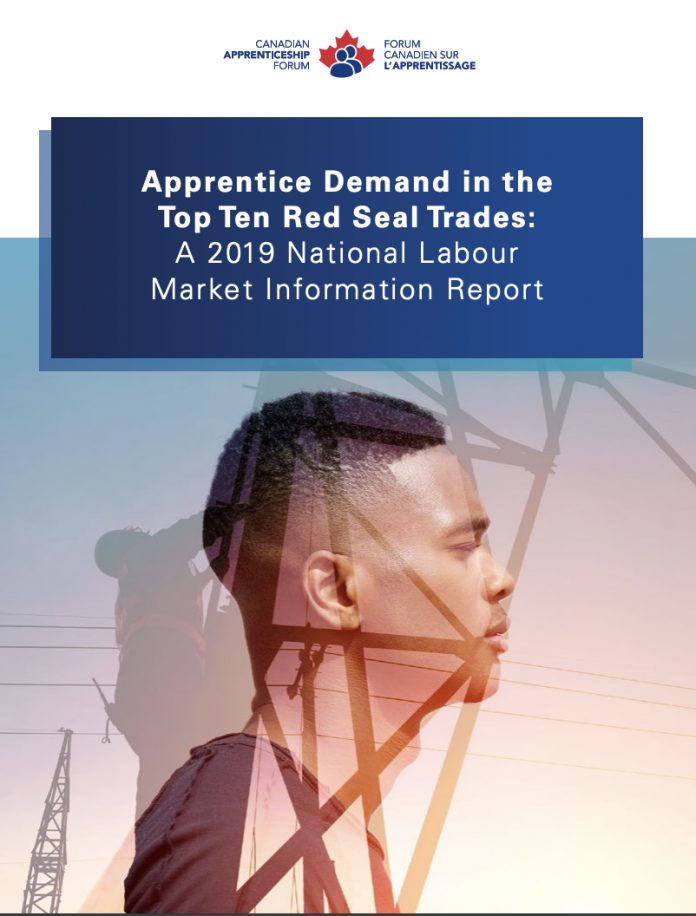 There could be a reversal in the construction labour shortage story, with an oversupply of apprentices in certain key trades in Ontario within the next decade, according to a report by the Canadian Apprenticeship Foundation.

The report: Apprentice Demand for in the Top Ten Red Seal Trades: A 2019 National Labour Market Information Report indicates that there will be surplus journeymen in the plumbing, electrical and carpentry trades, as the overall construction market growth rate slows, while apprenticeship program intake increases.

“The most important change in the demand for skilled trades is the slowing pace of construction employment,” the report says. “The 2019-2028 BuildForce Canada Construction and Maintenance Outlook suggests that ‘construction activity is expected to plateau after 2020 following two decades of almost uninterrupted growth.’”

Nevertheless, the report says that while there has been a significant increase in new apprentice registrations since 2017, this may not help solve labour shortages, because of current record-low unemployment levels.

Some trades still won’t likely have enough apprentices including steamfitters/pipe-fitters (slightly lower than required), while there are expected to be significant shortfalls among welders, millwrights and heavy-duty equipment technicians.

The reports says that, while the trend towards infrastructure renewal and expansion “is expected to sustain construction sector employment at historical high levels, it is likely that the pace of hiring will slow compared to the rapid expansion experienced over much of the last decade.”

The problem is especially significant in Ontario as well as British Columbia, the reports says.  “These provinces will continue to grapple with record levels of construction project activity and recruiting challenges over the next few years. Growth will then decline as projects wind down and investment decreases.”

Nationally, there has been a significant decline in apprenticeship registrations following the last recession, but these are mostly related to the declines in the energy sectors in Alberta and Newfoundland.

However, Ontario has seen a recent increase in the number of apprentices, and most significantly, in completions to journeyperson status.

The report indicates that the average apprenticeship age is increasing, with a decline of registrants under 20 years old to 25 per cent in 2017 from 33 per cent in 2013. Conversely, the number of apprentices has increased in the ages between 25 and 29. The change suggests that more people are considering the trades after completing other forms of secondary education, or choosing apprenticeship trades as a second career.

The report suggests that in Ontario, there will be a need for 24,280 certifications between 2019 and 2023, requiring 46,413 apprenticeship registrations. (Overall, though it varies depending on the specific trade and overall economic conditions, about 50 per cent of new apprentices complete the program to achieve certification – which takes upwards of four to five years.)