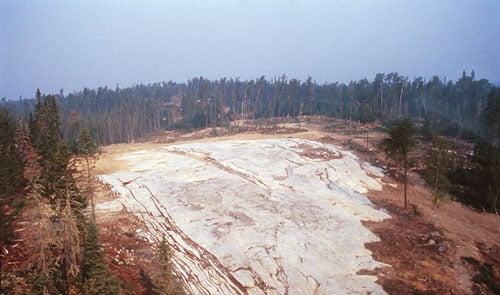 SOW Construction Ltd. Partnership has been awarded a contract for site work for the pilot processing plant and haul road at a lithium mine located north of Kenora.

In a project update, Toronto’s Avalon Advanced Materials said the construction consortium has launched site work and road construction at the Avalon Quarry site along the Avalon Road to the Separation Rapids project site be completed later this summer.

SOW is a partnership between Moncrief Construction, of Kenora and Wabaseemoong Independent Nations, in whose traditional territory the Project is located.

SOW in an acronym representing the communities of Swan Lake, One Man Lake and Whitedog, the three participating communities forming Wabaseemoong.

The Avalon Quarry site is a permitted Aggregate Quarry located approximately two kilometres north of the Sand Lake Road and seven kilometres south of the project site. Aggregate for the road work will be produced at the Quarry as part of an initiative to prepare the road for heavy equipment transport and to prepare the site for the DMS plant installation.

Aggregate production, road repairs, site preparation and bulk sample crushing and hauling is being done by SOW Construction Limited Partnership, a joint venture between Moncrief Construction Limited, a large Kenora-based construction contractor. This work is now underway and is expected to be completed later this summer.

The 5,000 tonne sample collected from the project site in 2021 will be crushed and returned to the quarry site as initial feed for the DMS Plant to begin producing petalite concentrate product samples for the many international glass-ceramic manufacturers that have expressed interest.

The plant will also be used to produce potential by-products including rubidium bearing K-feldspars which are also used in certain ceramic applications. Installation of the demonstration DMS plant is expected to begin this fall with the plant expected to be operational by Spring 2023.

Meanwhile, the company is focused on acquiring an industrial site in Thunder Bay that would be the location for a planned regional lithium battery materials refinery. An appropriate site has been identified and an offer made with the acquisition expected to be completed in September, once debt financing has been arranged.