Home Around the province Bill 23 gets thumbs up from builders, but not municipalities
Facebook
Twitter
Email
Print
Copy URL 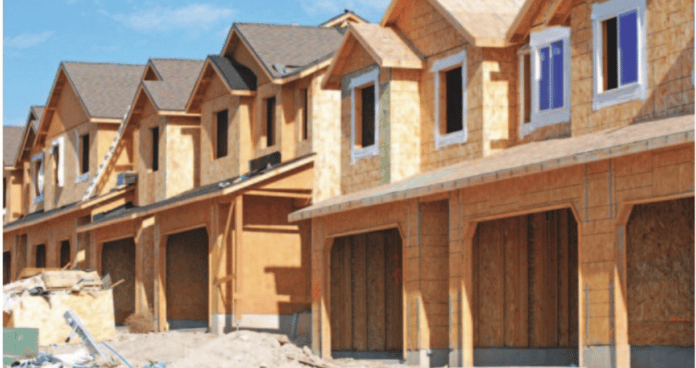 While the number of municipal officials speaking out against Bill 23, the Residential Construction Council of Ontario (RESCON) say the More Homes Built Faster Act is a good move, taking aim at regressive and inelastic development charges which merely add to the cost of housing.

“We are in the middle of an unprecedented housing crisis, and it is critical that we take immediate action to speed up construction of new homes and remove obstacles to residential development,” said RESCON president Richard Lyall. “Removing development charges for affordable and non-profit housing, one of the items in the legislation, is the right thing to do as it will spur new residential construction.

“These hefty fees are out of control and can result in a project being shelved. Municipalities have become dependent on them, and an alternative must be found.”

Development charges have risen by more than 600 per cent in the last 13 years in the GTA and presently add $116,900 to the cost of a new home, according to the province. Toronto has proposed another 46-per-cent hike over the next two years, while sitting on a development charge reserve fund of more than $2.3 billion. But development charges are only part of the taxes, fees and levies which can add almost 30 per cent to the cost of building a new home, condo, rental unit or social housing. These costs are more than double those in any other jurisdiction in North America and hammer new renters and buyers – those who can least afford it the most.

Also, it will reduce fees for purpose-built rentals and limit future fee increases. the average rent for a two-bedroom apartment in the City of Toronto is just over $3,500 a month. In Toronto, we are already seeing a marked decline in purpose-built rental construction. A recent CMHC report noted that the decrease suggests some builders may be pausing to reassess the feasibility of development.

There is a need for 3.5 million homes to be built across Canada. In Ontario, about 430,000 new housing listings, or 19 per cent more, are needed by 2030, according to experts who presented recently at a housing summit hosted by RESCON.

“Home ownership keeps moving further out of reach of Ontarians because of unjustified fees that add tens of thousands of dollars to the price of a new home and a development approvals process that stymies construction of new housing,” adds Lyall. “Bill 23 removes some of the charges and barriers to building.”