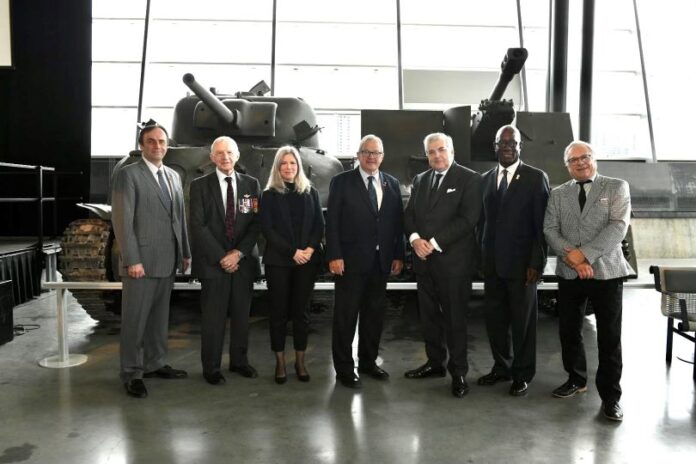 The battle to stop a proposed condo development on Juno Beach in France is over after the Canadian pledged $4 million to help the city of Courseulles-Sur-Mer buy the property, preventing construction on the historic battlefield.

A French developer had proposed a 70-unit  beachfront condominium next door to the Juno Beach Centre that honours the Canadian contributions to the Second World War and overlooks the grounds of the historic battle. 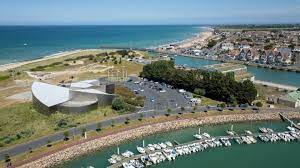 Developers were going to use a private road next to the centre for nearly two years during construction, which the centre says would cause “chaos” and safety concerns for visitors.

“This is a big day. A big day for Canada. A big day for veterans,” Veterans Affairs Minister Lawrence MacAulay said at the Canadian War Museum in Ottawa on Friday. “The developer would be going on grounds where so much Canadian blood was spent and in order to secure the peace and freedom that we have today.

“As you would expect, our government was and remains against any development of these sacred grounds.”

Juno Beach is one of the most sacred places in Canadian military history. More than 14,000 Canadians came ashore or parachuted into Normandy on D-Day, seizing a critical foothold while under intense fire from the enemy. Today, the Juno Beach Centre, Canada’s Second World War museum on the site of the landings, honours their memory, preserving the story of Canadian servicemen and women.

The Save Juno Beach group collected donations between March and June to fight the plan and encouraged Canadians to write to Members of Parliament, Ministers, Ambassadors and French Ministers demanding a stop to this “deeply disrespectful development”. Veterans Affairs Canada says the construction “posed a threat to both the integrity of Juno Beach itself, and Juno Beach Centre operations.”

Federal and local governments are also negotiating a 99-year lease to protect a parcel of land where Canadian soldiers landed on D-Day in June 1944, including a portion of Juno Park where visitors to the centre tour old bunkers.

“The settlement will ensure that the Juno Beach Centre and the Canadian memorial presence in Normandy are preserved for generations to come,” the centre said in a statement.

Veterans Affairs agreed in January to provide up to $500,000 over the next two years to cover Juno Beach Centre’s expenses and help it weather the pandemic, on top of the $500,000 Ottawa gives the museum each year.