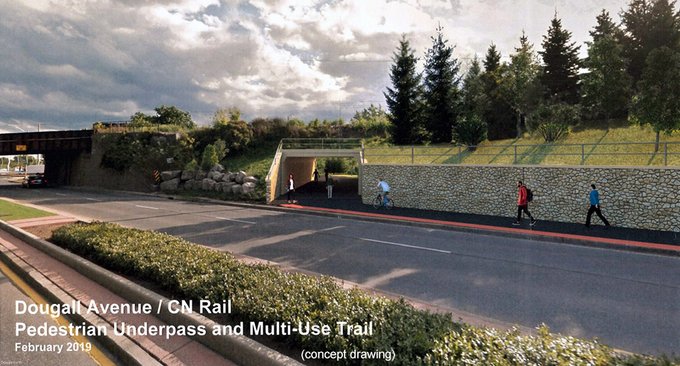 Construction pylons and signs are often less-than-welcome sights for local drivers, but along the 2500 stretch of Dougall Avenue in Windsor, those who frequent the area might be glad to see them.

The area is known as the Dougall Avenue “death trap,” according to the Windsor Star, and it’s known to be dangerous for drivers, cyclists, and pedestrians alike.

Currently, four lanes squeeze into the tight rail underpass south of Ouellette Place for nearly 100 metres, leaving pedestrians and cyclists no safe refuge. The area of Dougall at Ouellette has the highest accident rate in the city.

Now, after years of discussion and studies on the stretch of road, the city is finally ready to spend $8.9 million to renew the underpass trail that will make more room for multiple forms of transportation, and introduce an intersection in place of a merge lane where Dougall and Ouellette Place meet.

Amico Infrastructures is the design/build contractor on the project, which is scheduled to last until late October.