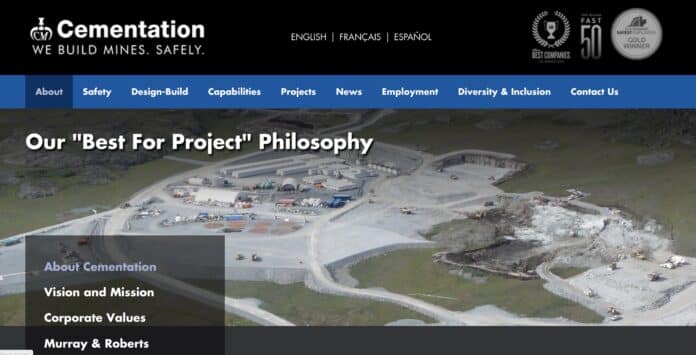 Toronto-based Cementation Canada Inc., an underground mine contracting and engineering company with offices in North Bay and Sudbury has been fined $110,000 after a worker was injured in a fall at a worksite.

According to court documents a worker fell 4.09 metres from a raised platform and was injured on Jan. 27, 2021 while working at the Young Davidson Mine near Matachewan. The worker was working on a raise climber nest, which is a work platform used to blast and drill a large tunnel or opening (raise) that is mined upward and was washing the equipment when they fell through an opening designed to allow the climber to leave the nest.

“Cementation Canada Inc. failed, as an employer, to ensure that a fall arrest system was used at the workplace to protect workers exposed to a fall greater than three metres,” the ruling stated.

Following a guilty plea in the Ontario Court of Justice in Kirkland Lake, Justice Catherine Mathias imposed the fine.