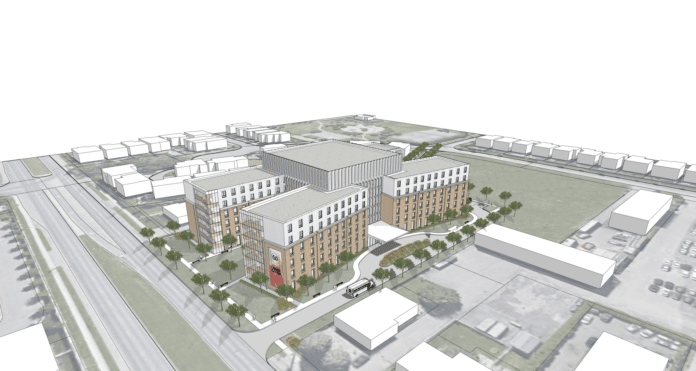 A south Ottawa community association has filed a zoning appeal to stop construction of a 220-room  medical boarding home for Inuit requiring treatment in the Canadian capital.

City council had approved the project, which will be the first purpose-built medical boarding home Ottawa, last summer, but the Upper Hunt Community Association has raised the tens of thousands of dollars required to file an appeal with the Ottawa Land Tribunal (OLT).

Some community members (represented by their association) believe that the planned Larga Baffin structure is far too large for its area, and will create significant traffic congestion plans.

Harry Flaherty, board chair of planning firm Larga Baffin Ltd., was quoted by CBC News as saying that, though the appeal may cause delays, he is still hopeful the six-storey building will be ready to host Inuit from Nunavut by 2027.

Larga Baffin suggests the project is similar to the Ronald McDonald House, with some guests coming for short stays to see a specialist while others stay several months to receive more intensive treatment.

“Inuit from the Baffin region who go south for medical care should be comfortable,” Flaherty said in Inuktitut. “This is a big deal. As Canadians, we too have human rights.”

However, the community association asserts 11 different grounds in its appeal, with a note that it could add more. It suggests that the approved zoning is not good land use planning, and cited concerns about parking, traffic mitigation measures and the building’s height.

The OLT appeal document concludes by arguing that Ottawa city council “allowed concerns of no relevance under the Planning Act to fetter their analysis” when granted the zoning changes.

Before the city’s planning committee met to discuss the site proposal, outgoing councillor Diane Deans, who has represented the ward where the home would be located, held a public meeting that drew hundreds of participants expressing a wide range of concerns.

(Deans did not run for re-election. Jennifer Bradley, who had worked with her in her office for years, won the council seat at the Oct. 21 polls).

CBC reported that Inuit Tapiriit Kanatami president Natan Obed, whose organization represents Inuit across Canada, said he was “personally hurt” by some of the concerns raised at the meeting and called some comments misguided and racist.

Other residents spoke in favour of the development, the broadcaster reported. The current Larga Baffin facility on Richmond Road is often overcapacity, with staff booking patients in local hotel rooms.

The community association declined to speak with CBC, saying “the matter is in front of the courts.” It’s scheduled to appear before the OLT for the first time on Dec. 14.

Writer Mark Buckshon lives in the community affected by this development.