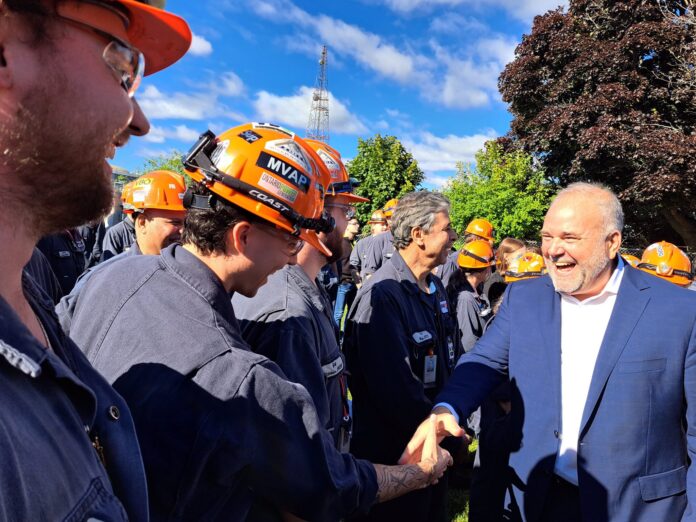 The Pickering Nuclear Generating Station will continue operating beyond 2024, as the province faces an energy crisis. Ontario’s long-term energy planning had assumed Pickering would close in a phased shut-down beginning in 2024.

Todd Smith, Ontario’s Minister of Energy, announced the decision in Pickering on Thursday.

“Nuclear power has been the safe and reliable backbone of Ontario’s electricity system since the 1970s and our government is working to secure that legacy for the future,” Smith said in a news release.

The province will need approval from the Canada Nuclear Safety Commission’s to keep the power station open until 2026. The commission regulates safety within the nuclear energy industry.

The plan is to keep the facility’s “A” units one and four operating until 2024 and “B” units five through eight until September 2026.

The province had asked Ontario Power Generation (OPG) to review their operational plans and they concluded that the station could continue to operate safely, pointing out that operation of the station beyond September 2026 “would require a complete refurbishment.”

A feasibility study conducted between 2006 and 2009 determined the refurbishment could result in an additional 30 years of operations.

“Pickering Nuclear Generating Station has never been stronger in terms of both safety and performance,” said Ken Hartwick, OPG President and CEO. “Due to ongoing investments and the efforts of highly skilled and dedicated employees, Pickering can continue to safely and reliably produce the clean electricity Ontarians need.”

“This represents an approximate 20 per cent reduction in projected emissions from the electricity sector in that year, which is the equivalent of taking up to 643,000 cars off the road annually.”

Last year, Pickering, one of the largest nuclear stations in the world, was responsible for 14 per cent of Ontario’s electricity. The province was preparing to makeup its nuclear power shortfall by increasing the use of natural gas.