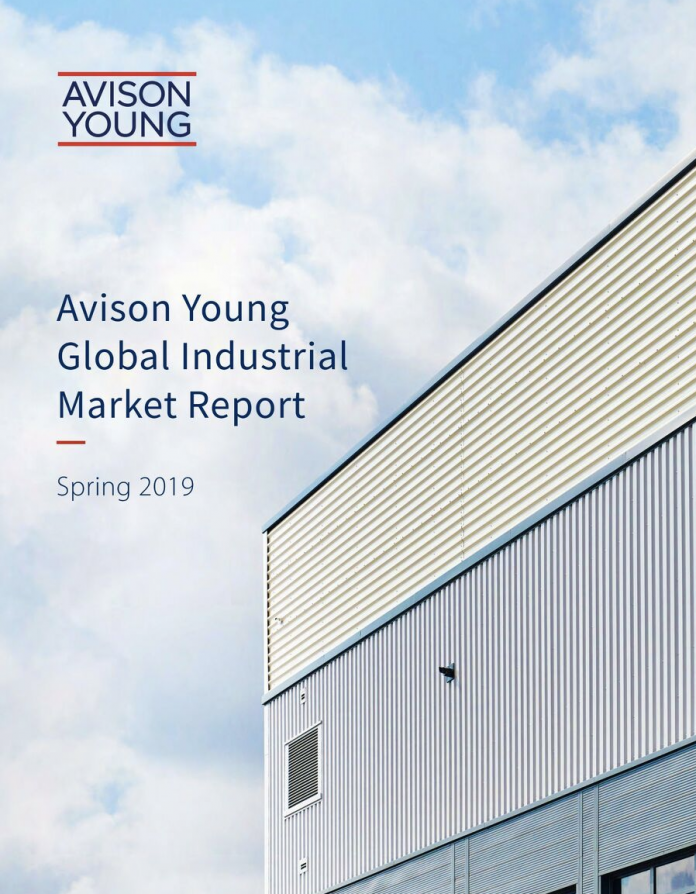 While the Toronto-based commercial real estate services firm says Toronto and Vancouver remain key markets for occupiers and investors, scarcity of product was evident in the single-digit vacancy rates posted across the country in the first quarter of 2019. Nationally, the industrial sector remains undersupplied – demand is outpacing new development and will continue to do so, even though almost twice as much space is under construction compared with spring 2018.

This supply-demand imbalance has pushed rental rates higher in almost all markets, attracting investors and resulting in low yields and rising asset values, Avison Young says in its report.

Canada’s industrial vacancy rate remains at a historic low, ending first-quarter 2019 at 3% – down 70 basis points (bps) from the same quarter in 2018. Ten of the 11 markets surveyed reported lower vacancy year-over-year and single-digit vacancy rates, with four markets posting rates below the national average.

Online giants such as Amazon are impacting market dynamics in terms of scale and location with their demand for large distribution/fulfilment facilities near urban centres, resulting in rising land and development costs amid dwindling supply of developable land.

“This situation is most apparent in Toronto – and in Vancouver, where strata units increasingly offer the only opportunities for developers to justify their land costs. A focus on multi-storey facilities may be the next logical step to make the most of restricted urban sites,” Fisher says.

Canada’s industrial market is expected to remain active throughout 2019 with restricted supply posing challenges for occupiers and investors.

Avison Young says the Canadian growth is reflected in the rest of the world, resulting in rising land and development costs in many key markets in which the largest companies are driving demand for customized design-build facilities that are fully automated and reliant on new technologies.

“Investor interest in the industrial sector continues to grow unabated and the forecast for the remainder of 2019 is that industry dynamics will continue to be positive, attracting investors and resulting in low yields and rising asset values,”said Mark E. Rose, chair and CEO of Avison Young

The analysis also revealed that the development pipeline remains robust, in terms of both product deliveries and new space under construction. The significant level of development has seen vacancy increase in some markets. Despite this situation, nearly all industrial markets remain significantly supply-constrained.

All markets monitored by Avison Young reported single-digit vacancy rates, while vacancy rates fell or remained flat year-over-year in more than half of the industrial markets surveyed. The strong demand and tight supply continue to put upward pressure on rental rates, the report says.

The industrial sector’s fundamentals continue to draw capital, as investors are attracted not only to the newest distribution and warehouse facilities, but also to the opportunity to find additional value in older assets near urban areas. The dynamics have created a competitive market, which is reflected in higher asset values and low yields.