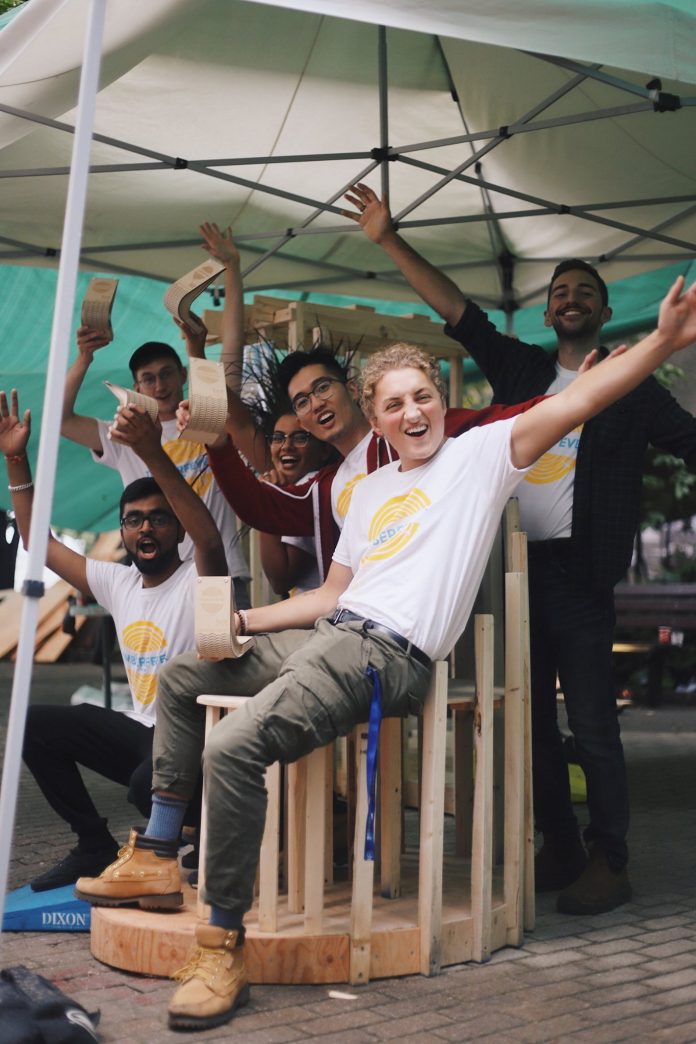 The results are in from the #TimberFever Design-Build Competition last weekend at Ryerson University.

The competition, in its fifth year, is based on students conceiving and building wood structures in an intense weekend of teamwork and competition

They received a “surprise brief” at the start – and had the task of building an Urban Parklet out of wood.

Organizers say a mix of students from architecture and civil engineering programs were placed in 16 teams with limited building supplies, where they collaborated on design and construction.

“We’re working hard to make this a national competition,” said David Moses at the TimberFever Awards Ceremony on Sunday. “TimberFever’s five-year anniversary was a tremendous success with architecture and civil engineering students from universities across Canada, including Ryerson, U of T, UNB, McGill and more.”

Moses is the event’s founder and principal of Moses Structural Engineers.
“Since the beginning, we’ve felt a real sense of community around TimberFever, where everyone comes together to collaborate, teach and inspire. It’s been wonderful to watch and we’re so thankful to everyone involved.”

While judges selected winners after the weekend competition, the decision on the People’s Choice Award is still open, and available for online voting. You can access the project images and briefs here.