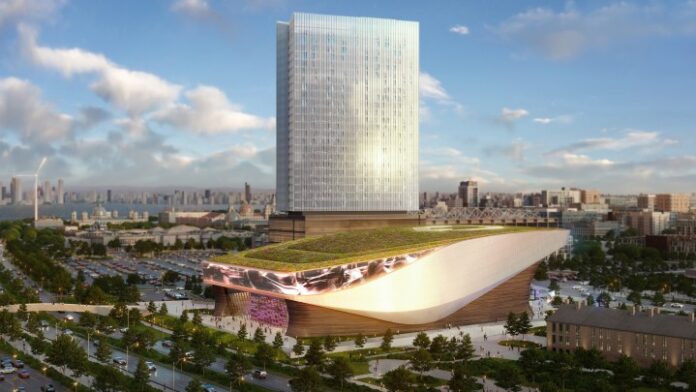 Bob Hunter is no stranger to entertainment venues, having had a hand in the growth of B.C. Place Stadium, Rogers Centre, Scotiabank Arena, BMO Field and the Raptors’ practice facility.

Now senior vice-president of OverActive Media, the former Maple Leaf Sports and Entertainment executive is overseeing plans for a new 7,200-seat performance venue — to house esports and other entertainment events — and hotel at Exhibition Place on the Toronto lakefront.

“First and probably foremost, it’s going to be a very sizable and very cool concert venue,” Hunter said. “We’re working with the promoters to ensure that we cover off all of their needs and hopefully the needs of the artist. And then the second major tenant will be our own teams.”

The venue will host OverActive’s Call of Duty and Overwatch League pro franchises with esports events up to 40 nights a year. 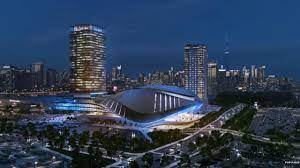 That means state-of-the art video to showcase the gaming action. But Hunter says the venue will host everything from music and awards shows to theatre and corporate events.

The pandemic has played its part, with changes in design in mechanical and electrical systems that will help provide a “cleaner environment.”

Hunter and his team are now preparing their site plan application, which includes 10-15 studies covering everything from environment and traffic to archeology, with the hope it is ready in early March for city planners. He expects two to three months of back-and-forth on the plan ahead of hopefully getting the go-ahead by Labour Day. 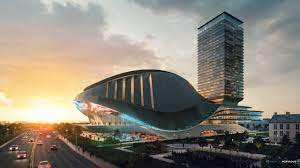 “Then in an ideal world, we’d look to break ground — in probably October,” Hunter said.

The build is expected to last 30 months, with a completion date in the summer of fall of 2025. While the performance venue and hotel are one construction project, Hunter says the two are separate entities in terms of ownership.

“We’re going to be attached, but friendly neighbours,” he said. “But again there’s a high probability that whoever owns the hotel will potentially own part of the venue. That’s kind of the way it’s looking at the moment. But it could be two totally separate entities. And from an operating standpoint, it will be operated separately.”

When the Library Collection of Hotels received permission to build what is now Hotel X at Exhibition Place, it also got the green light for a subsequent development/hotel complex there. OverActive is working with Henry Kallan, owner of the Library Hotel Collection, and the Kimel family on the project.

Exhibition Place is a 78-hectare site on Toronto’s waterfront that hosts the annual Canadian National Exhibition as well as BMO Field, the home of Major League Soccer’s Toronto FC and the CFL’s Toronto Argonauts.

Hunter said his group has been consulting with promoters like Live Nation as well as Juno Awards organizers on the venue.

“We’re talking to just about everybody that’s currently an event promoter in the city,” he added.

The Weeknd, a star musician who has an ownership stake in OverActive, is also being consulted.

The budget for the overall project is said to be around $400 million for the entertainment venue and hotel.

In 1987, he returned to Toronto to work on SkyDome (now Rogers Centre), first as vice-president of operations and fan services and was then president and CEO. A year later, he became executive vice-president and GM of the Air Canada Centre (now Scotiabank Area).

In 2014, he became MLSE’s chief project development officer, overseeing the Raptors practice facility and an extensive renovation of BMO Field.