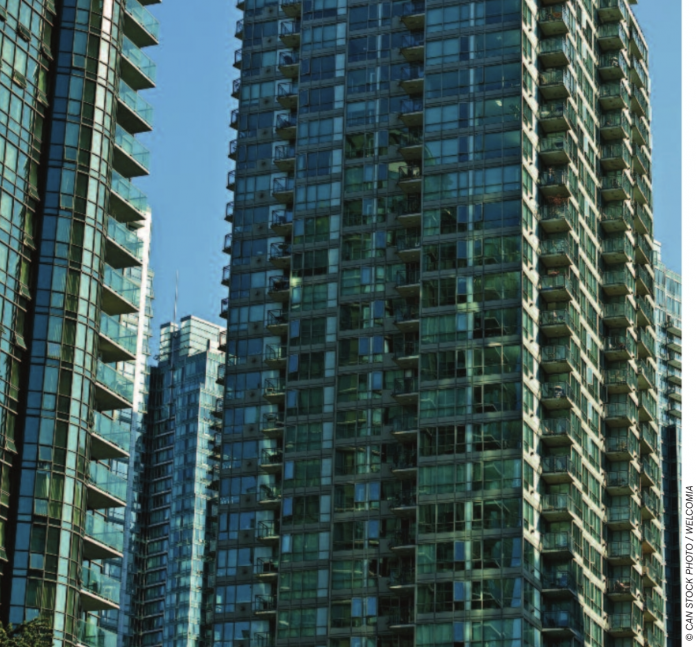 The Greater Toronto Area is facing the largest apartment rental shortage of any major city in Canada due to a lack of new construction and soaring population growth, a report by Royal Bank of Canada economist Robert Hogue concludes.

Hogue presented a package of policy measures for the city, including tax incentives to encourage more rental construction and stricter regulations for Airbnb short-term rentals. These measures would improve availability of long term rentals, he said.

The report estimates the Toronto area had a deficit of 9,100 rental units at the end of last year when compared with demand. At the same time, the number of new households looking for rentals is also forecast to grow by an average of 22,000 units each year until 2023 as the population continues to climb.

Hogue says Toronto needs 53,500 new rental units over the next two years, but, currently, construction activity is far from reaching the target.

Over the 12 months ending July 31 of this year, completed new purpose-built apartments surged in the Toronto area, hitting a 25-year high of 4,300 units, but Hogue said that success amounted to just 20 per cent of what’s required.

During the same 12 months, developers completed construction on another 15,800 condominiums in Toronto. Assuming 7,900 units were purchased by investors and rented to tenants, the Hogue’s report says a total of 12,200 new apartment and condo units were possibly added to the rental market – less than half the estimated requirement.

Even though many rental projects are under construction, Hogue said it is “unlikely” the region’s one percent vacancy rate will improve significantly in the short term because of the skyrocketing population growth.

“As long as the vacancy rate is below 3 per cent, there is going to be constant upward pressure on rents,” Hogue told the Globe and Mail, adding that it is difficult to imagine a sudden fix that would lessen rent increases “in the context of a very, very tight rental market.”

Hogue points Toronto to Vancouver, where there is a clear strategy and 10-year plan to improve rental vacancy rates. He suggested removing disadvantageous property-tax rules for apartment buildings, offering rebates on development charges and changing restrictive bylaws that restrict rental construction in some locations.

Regulating short-term Airbnb rentals in Toronto is another way to make more units are available for long-term tenants, according to the report and Hogue said there should also be federal or provincial tax relief and financing programs for rental construction. In past decades when more rental housing was built, he said it was because there were incentives to spur development.

Current policy measures, which include a federal loan program to encourage rental-housing construction, haven’t gone far enough and need to be broadened beyond affordable housing, he said. While there were past controversies about offering tax incentives to for-profit builders, he believes the public would today support targeted measures.

“If our starting point is an affordability crisis, the public should be open to having a set of measures that might be out-of-the-box, for a period of time at least, to get things going,” he said.

The Vancouver region has Canada’s highest average rents, the existing rental housing deficit is estimated to be 3,800 units, and growth is projected at 9,400 units annually between 2019 and 2023.

New supply is expected to come close to meeting demand, however, after an estimated 11,000 new apartments and condos hit the rental market in the past year. Hogue says strong construction in the city “bodes well for achieving balance” within the next couple of years, assuming 40 per cent of new condos become rental units.

Montreal has recorded an even bigger rental apartment building boom, with completions reaching a decades-high level of 11,500 units in the year ended July 31. The level is almost identical to the 11,600 units, Hogue estimates are needed to close the rental gap, but Hogue said in his report that it may not be sustainable in coming years.