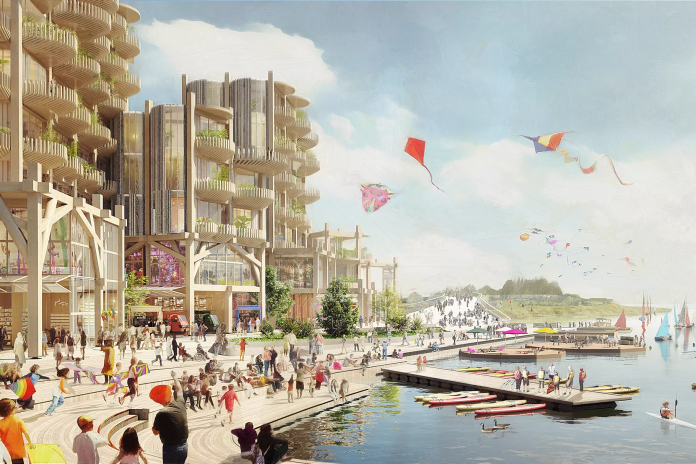 Google’s Sidewalk Labs received conditional approval from Waterfront Toronto last Thursday, agreeing to develop a smaller area than initially proposed as it granted concessions on data collection and privacy, the city’s waterfront development board said in a statement.

“We are pleased to report that we have reached alignment on the critical issues, as well as other issues and concerns raised by the public during consultations this summer,” said Stephen Diamond, chair, Waterfront Toronto board of directors. “Based on the progress made to date, the Board of Waterfront Toronto has decided unanimously to direct management to proceed with the formal evaluation of the MIDP (Master Innovation and Development Plan) and further public consultation.

“Let me be clear: this is not a done deal. There is still much work to do before a final decision.”

Sidewalk Labs submitted a draft MIDP for Quayside, a massive redevelopment project to be overseen by Waterfront Toronto.

Waterfront Toronto’s initial concerns were about protecting, innovating, and revitalizing Toronto’s waterfront. Sidewalk Labs has confirmed it will make significant changes to its proposal, including:

Waterfront Toronto will receive fair market value for the Quayside lands at the time of sale and make investments to support project priorities such as affordable housing and climate change.

The current appraisal is approximately $590 million.

Sidewalk Labs will expand its patent pledge from Canadian-only to global, allowing Canadian innovators to have the right to use Sidewalk Labs’ Canadian and foreign patents covering hardware and software digital innovations. Also, they will be entitled to a revenue share on intellectual property based on percentage of revenues, rather than profits.

Public meetings will be held later this fall, to discuss the decision-making process going forward.

“The public has my assurance that there will be more opportunities to have a say and inform the evaluation and any subsequent decisions by Waterfront Toronto and its board,” said Diamond. Early in 2020 there will be another round of public consultation to share and seek feedback on the status of the evaluation.

A decision whether to move forward with the MIDP will be made by March 31, 2020 by Waterfront Toronto’s board.